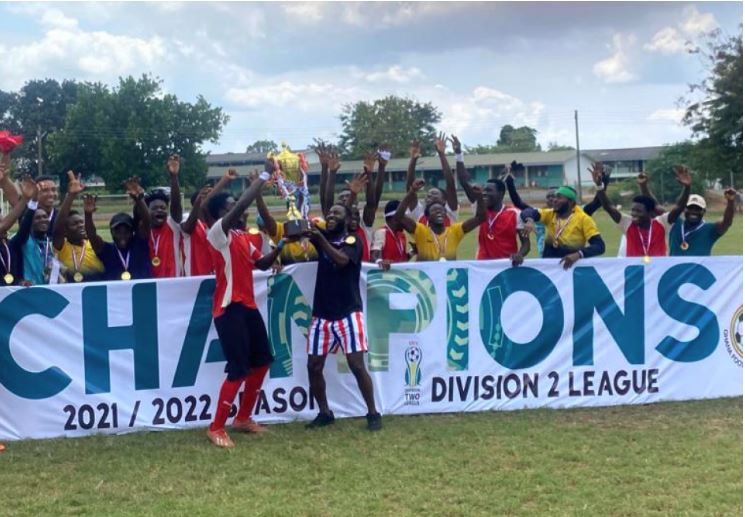 Abuakwa Susubiribi SC are the latest team to secure a spot in the Division One League for the 2022/23 season.

The first half of the match, played at the Asuom Presby Park on Tuesday, finished goalless, despite some good chances for both sides.

Sadiq Moro put Port City ahead with a brilliant scissor kick in the 58th minute.

Abuakwa Susubiribi poured forward in search of an equaliser but had to wait until the 78th minute before Emmanuel Mensah scored the leveller.

The match eventually went to a shootout where Port City missed three penalties as Susubiribi claimed victory and ended the season unbeaten.

The win seals Abuakwa Susubiribi’s spot in next season’s Division One League as the Eastern Regional champions.