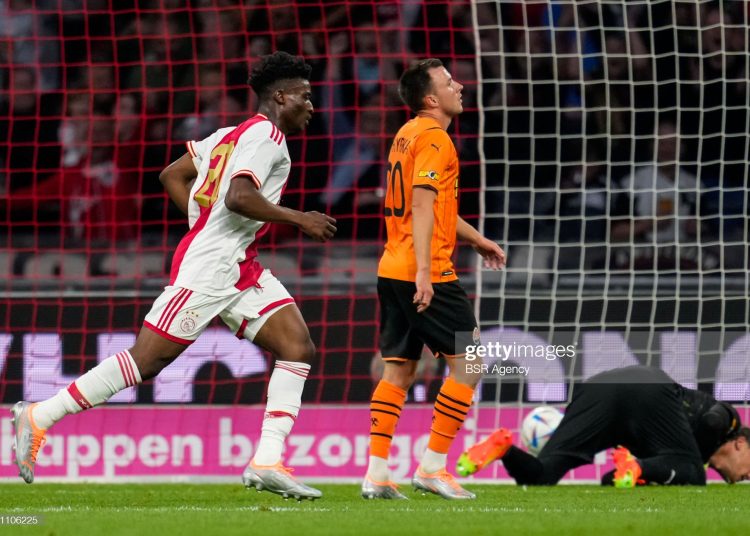 Ghana’s Mohammed Kudus is giving Ajax boss, Alfred Schreuder a good reason to rely on him as he scored once again in preseason.

Kudus, 21, scored for the third game in a row in preseason as Ajax beat Ukrainian giants, Shakhtar Donetsk 3-1 at the Johan Cruyff Arena.

Playing as a false number 9, Kudus picked his spot to perfection and beat his marker with pace before smashing the ball into the back of the net with his right foot to ensure Ajax finished the game as victors.

Alfred Schreuder and his lads will begin the season with a crucial tie against rivals PSV for the Johan Cruyff Shield.

The Dutch Eredivisie will commence on August 6, 2022, with an away game against Fortuna Sittard.