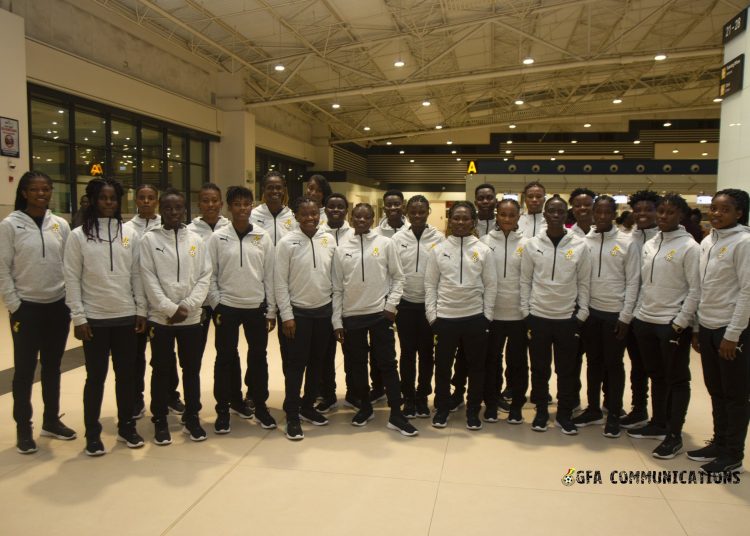 The Black Princesses of Ghana have left Accra for France to continue preparations ahead of the FIFA U-20 Women’s World Cup which will be held in Costa Rica.

President of the Ghana Football Association, Kurt Edwin Simeon Okraku was at the Airport in the early hours of Wednesday to see the team off to France. Thank you for the words of encouragement, Sir! We are grateful! 💯#ShineBlackPrincesses✨ #U20WWC#BringBackTheLove 🥰 pic.twitter.com/BMIDv0l4bz

The team of twenty-three unnamed players were escorted by the Ghana Football Association president, Kurt Okraku in the very early hours of Wednesday to depart for France.

A few of the girls pictured with the GFA boss include Doris Boaduwaa, Cynthia Fiindib Konlan, Mukarama Abdulai, Anasthesia Achiaa and Sharon Sampson in the team photo taken ahead of their trip. 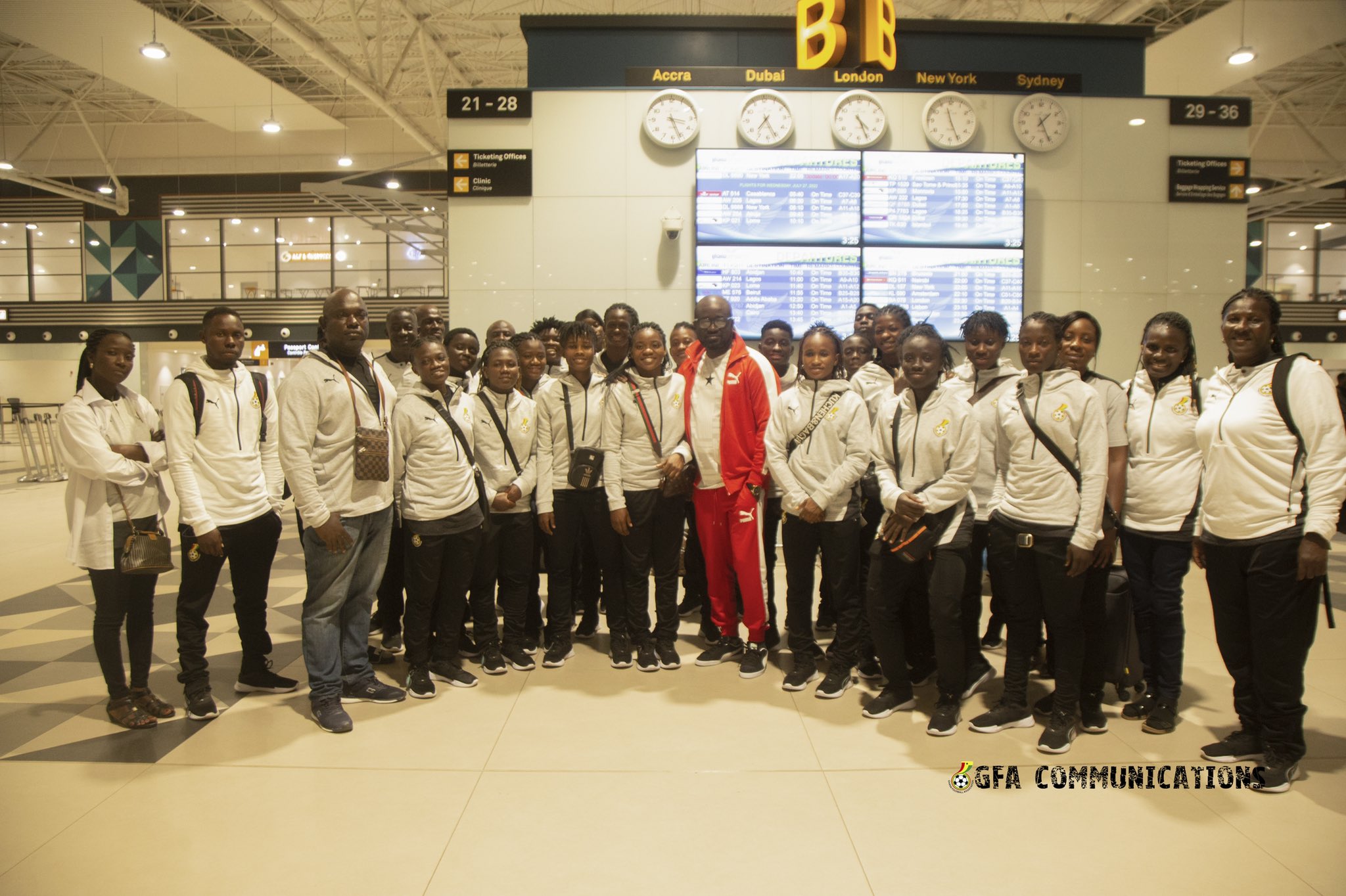 The Black Princesses will pitch camp in France ahead of the FIFA Women’s U-20 World Cup and are scheduled to play a friendly game against Les Bleues on Friday, July 29, 2022.

The Black Princesses will play the U.S.A. in their opening game at the Estadio Alejandro Morera on August 11, before they take on the Netherlands and Japan in the other Group D matches.