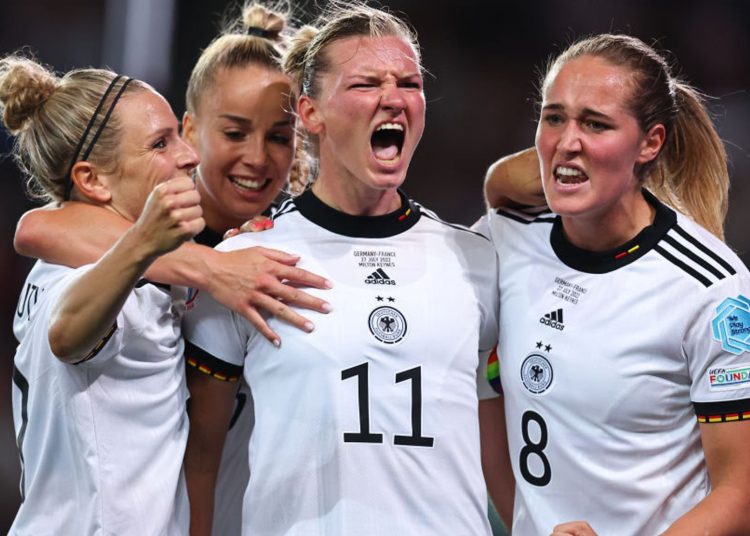 Eight-time European champions Germany will play England in the Euro 2022 final at Wembley on Sunday after they beat France in a dramatic semi-final in Milton Keynes.

After a quiet opening 40 minutes, Alexandra Popp put Germany ahead with a volley from Svenja Huth’s cross from the right side of the penalty area for her fifth goal in five games.

However, their lead only lasted four minutes before Kadidiatou Diani broke free and shot from outside the penalty area, with her effort hitting the post and bouncing in off unfortunate goalkeeper Merle Frohms.

The Germany goalkeeper made three vital saves to keep it at 1-1 before Popp headed in her sixth goal of the tournament, taking her level with England’s Beth Mead as joint leading scorer, for what proved to be the winner.

Sunday’s final takes place at a sold-out Wembley, which will have a capacity of 87,200, and the match could set a new attendance record for a match in a European Championship, either male or female.

England, looking to win the tournament for the first time, thrashed Sweden, the highest-ranked European side, 4-0 at Sheffield United’s Bramall Lane on Tuesday.