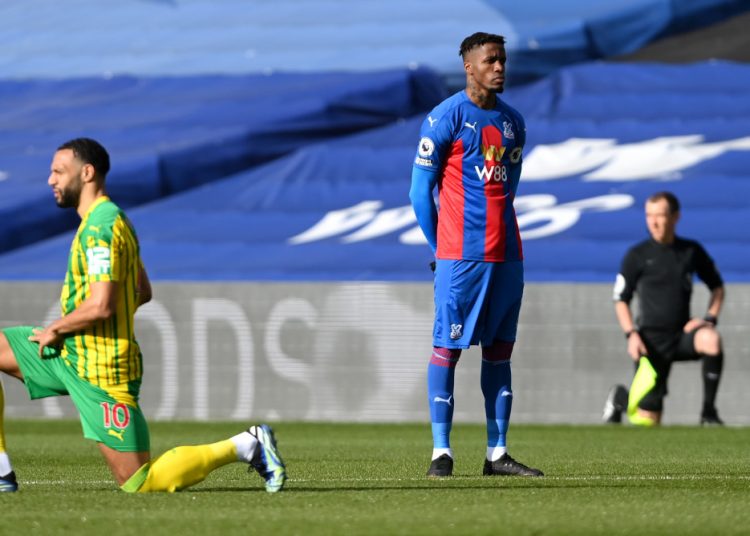 Premier League players will no longer routinely take a knee before matches, the league has announced ahead of the new season.

Players began taking the knee during Project Restart, in the wake of George Floyd’s unlawful killing in the USA and the Black Lives Matter movement which followed.

Aston Villa’s televised game with Sheffield United started off the top flight’s stance, which has since been replicated across the domestic leagues and beyond – and caused friction with the UK Government when England players were booed while making the stance ahead of Euro 2020 last summer.
More recently, a number of individual clubs and players have announced they will stop taking a knee and now, the Premier League have followed suit more than two years since the initiative was first introduced.
Players will still take a knee before certain rounds of matches, including the FA Cup and Carabao Cup finals, as well as Boxing Day matches and the Premier League’s No Room For Racism rounds.
In a statement, the Premier League said:

“Ahead of the new season, Premier League club captains have reaffirmed their commitment to fighting racism and all forms of discrimination. The players have decided to use specific moments during the upcoming campaign to take the knee, to amplify the message that racism has no place in football or society. The Premier League supports the players’ decision and, alongside the clubs, will use these opportunities to elevate anti-racism messaging as part of the League’s No Room for Racism Action Plan.”