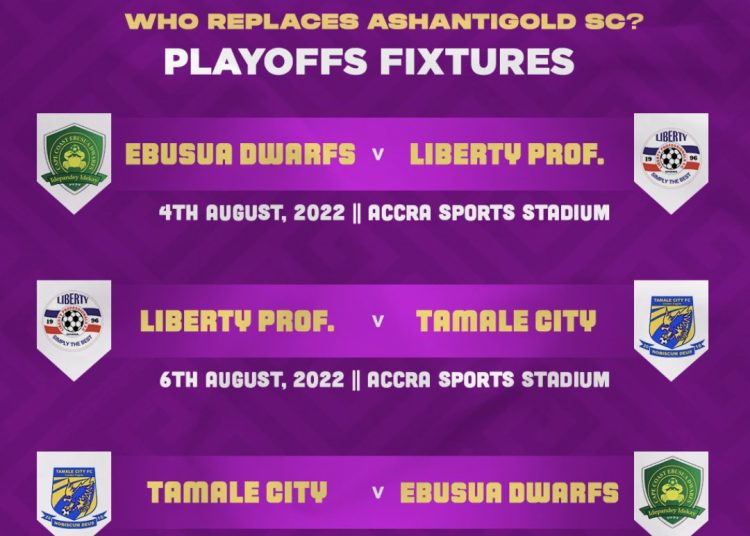 The final game of the Ghana Football Association’s mini league to determine who will replace Ashanti Gold will take place on Monday, August 8, 2022 between Tamale City and Ebusua Dwarfs at the Accra Sports Stadium.

After two games played, Liberty Professionals and Tamale City are level on three points after both teams won their opening games.

A win for Ebusua Dwarfs against Tamale City will see all teams level on three points each, meaning a winner will be decided via the head to head rule.

However, a win or draw for Tamale City will see them secure promotion to the Ghana Premier League and will  become the second Northern team in the league, aside Real Tamale United.