This was revealed after the Ghana Football Association released the first round of fixtures for the new campaign of the Ghana Premier League on Thursday, August 11, 2022.

Defending Champions, Asante Kotoko will begin their title defence against newly promoted Nsoatreman FC in Kumasi, while Hearts of Oak will face Aduana Stars in Dormaa in their first match.

However, The Porcupine Warriors’s first game is expected to be rescheduled because they will be participating in the Champions League which begins the same weekend as the league. 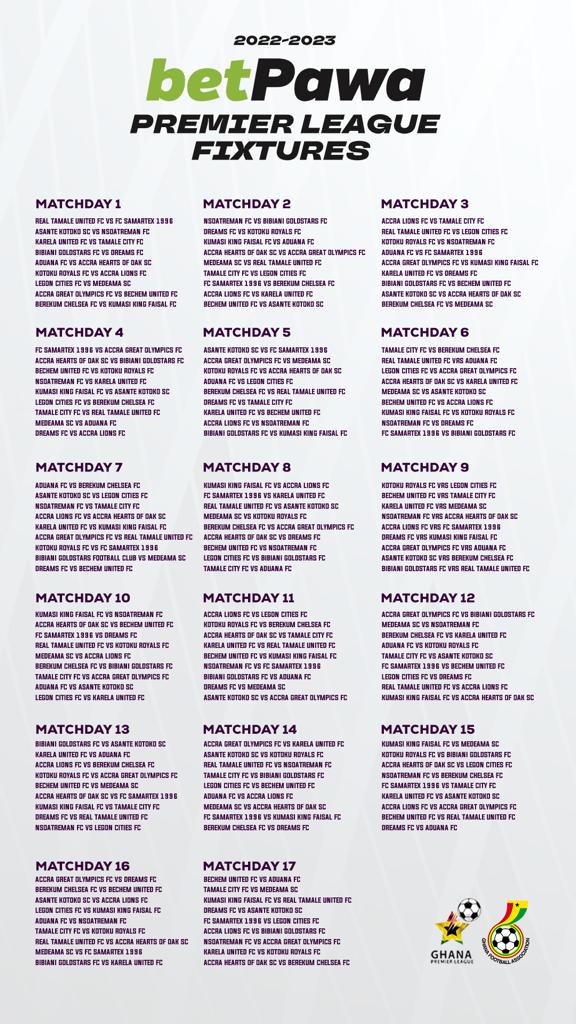