#U20WWC: Ghana crash out after defeat to The Netherlands 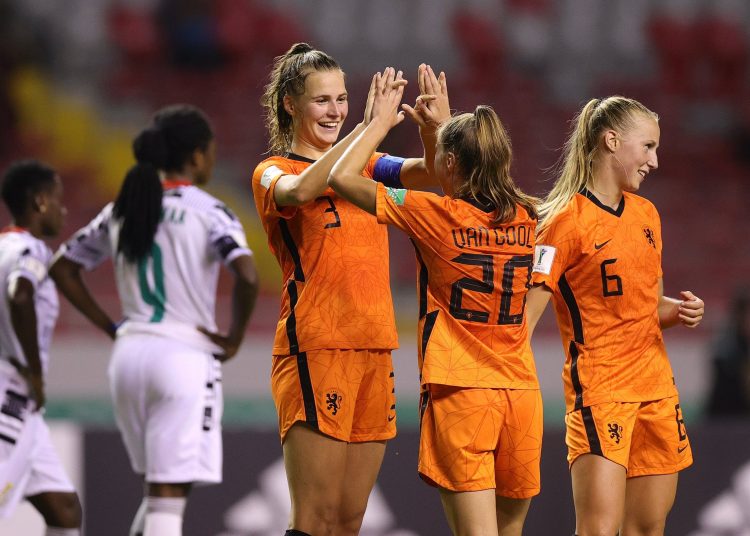 The Black Princesses of Ghana have been eliminated from the 2022 edition of the FIFA U-20 Women’s World Cup in Costa Rica.

The team failed to pick a single point in the tournament after suffering a 4-1 defeat to the Netherlands in the last group game.

Ghana went to the game against the Dutch a glimmer of hope, as a heavy victory would’ve seen them qualify to the knockout phase depending on the result in the group’s other game.

Despite dominating and looking lively earlier on in the game, a goalkeeping error by Cynthia Konlan helped the Dutch break the deadlock.

After the break, Netherlands doubled their advantage to give themselves a good chance of qualifying from Group D.

Ghana pulled on back through Doris Boaduwaa who capitalised on a counter attack, picked her spot, and curled the ball into the top corner.

Ghana kept on pressuring the Dutch but found themselves wanting once again, as the European giants restore their two-goal advantage.

The final result at 4-1 meant Ghana conceded eight goals in the tournament, scoring just one.

Japan and the Netherlands finished top two of Group D with Ghana and the USA missing out on a knockout stage place.