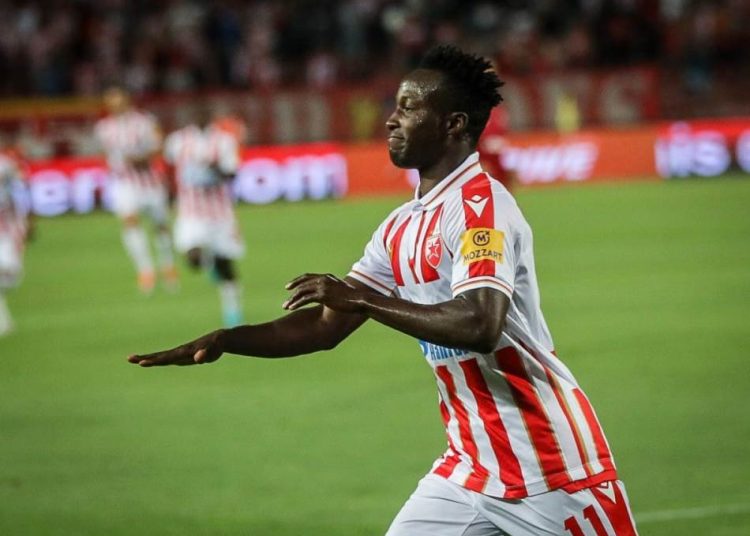 Ghanaian winger, Osman Bukari, has missed on grabbing a spot in the main draw for the 2022-2023 UEFA Champions League Season.

Bukari featured for Crvena Zvezda (Red Star Belgrade) in the Serbian team’s 2-2 draw with Israeli side, Maccabi Haifa, in the second of a two legged tie.

The result meant Red Star Belgrade lost 4-5 on aggregate to Maccabi Haifa after recording a 2-3 loss in the first leg of the final round of qualification games to the main competition.

Despite picking up an injury in the first leg, he managed to make the team for the return leg and he played 84 minutes of the tie before making way for Ibrahim Mustapha.

An own goal from Forward Milan Pavkov in the 90th minute leveled the score to give Maccabi the advantage on aggregate in the tie.

Since joining the Serbian side this off season, Bukari has scored three goals and registered two assists in four Serbian league games as he eyes a spot in the Black Stars 2022 FIFA World Cup team.

He featured in Ghana’s triumph over Nigeria to seal a spot in Qatar earlier this year.