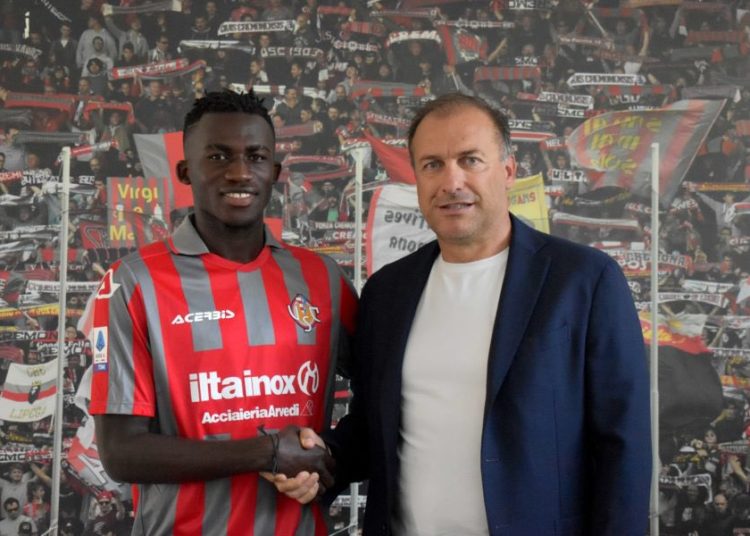 Serie A side, U.S Cremonese have announced the signing of Ghana international, Felix Afena-Gyan from AS Roma.

The 19 year old has signed a five year contract for a reported €6 million fee.

Cremonese announced the deal on their official social media pages on Monday.

Afena-Gyan made 17 appearances for AS Roma last season, scoring two goals in the process.

He has also represented Ghana’s Black Stars on 6 occasions, scoring once, against Madagascar, back in June.

The move to Cremonese for Afena-Gyan, become necessary after AS Roma signed Andrea Bellotti, prompting the young Ghanaian to look elsewhere in order to get regular playing time, ahead of the World Cup in Qatar.

The youngster is expected to be part of Ghana’s 26 man squad for the World Cup in Qatar.