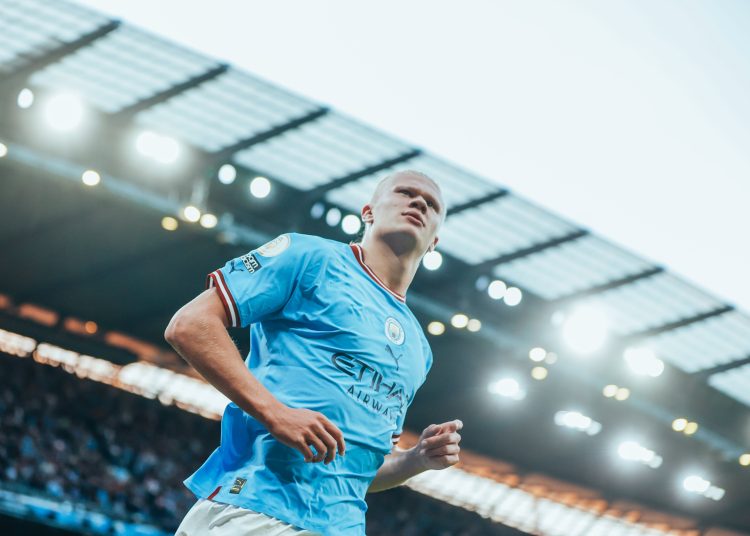 After his 19-minute three-timer against Crystal Palace at the weekend, there was a comparatively pedestrian 26 between his first and last goals this evening.

Yet if the two games are combined, Haaland scored an incredible six times in an hour given the Norwegian was replaced six minutes before the end of the Palace game. It takes his overall tally for the season to nine.

On his full Premier League debut, the Argentine produced a fine finish to beat Dean Henderson after being set up by Riyad Mahrez.

Then, after Kevin de Bruyne had nicked possession inside his own half and burst forward 50 yards, Alvarez picked his spot and finished high into the roof of the Forest net after Mahrez’s shot had been deflected into his path.