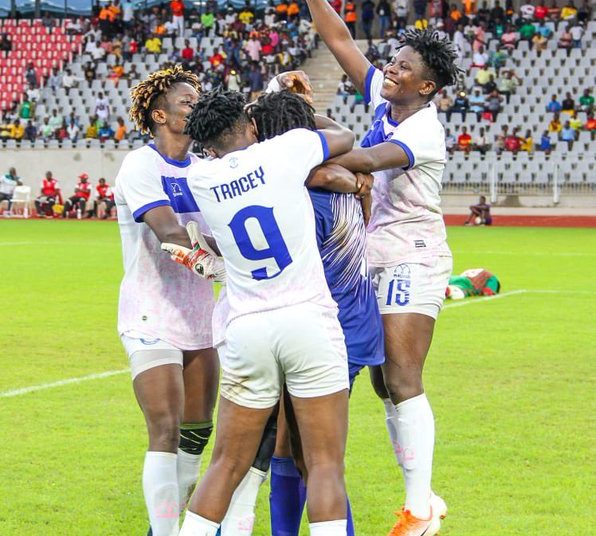 Ghana Women’s Premier League Champions, Ampem Darkoa Ladies have booked a spot in the finals of the WAFU B CAF Women’s Champions League qualifiers, after beating Cote D’Ivoire’s African Sports d’Abidjan 6-5 on penalties on Wednesday at the Stade Yamoussoukro.

The Techiman-based side, who played about 24 minutes of the second-half with 10-women after Ophilia Amponsah was sent off, held on to secure a 1-1 draw at the end of regular time to take the game to extra-time.

The Cote D’Ivoire side started the game on the front foot, as they took the lead early in the first-half (two minutes).

The Nana Mma ladies looked the better side after the goal and tried to get the leveler before the break but were unable to do so.

They were however rewarded for their efforts after the recess in the 60th minute through Gladys Amfobea, but were reduced to 10-women just six minutes later after Amponsah was shown a second yellow card.

After 30 minutes of extra time, both teams were unable to find the winning goal taking the game to a penalty-shootout.

They will play Bayelsa Queens of Nigeria in the final on Saturday.

Both teams already met in the Group Stages of the competition where they played out a goalless draw.