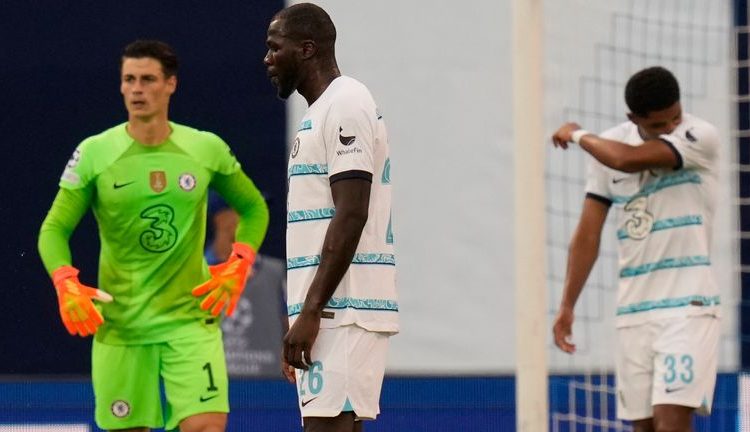 The Croatian champions have a woeful record in this competition – winning just five of 43 games before this meeting – but they stubbornly held on after taking a first-half lead.

The dangerous Mislav Orsic netted the 13th-minute winner, running through from the halfway line and beautifully dinking a finish past the advancing Kepa Arrizabalaga.

Dinamo came agonisingly close to a second but Stefan Ristovski’s thunderous, long-range effort was superbly tipped on to the bar by Arrizabalaga.

Deadline-day signing Pierre-Emerick Aubameyang was handed his Chelsea debut and, although the ex-Arsenal skipper had a goal ruled out for offside, he largely looked off the pace.

Armando Broja replaced Aubameyang just before the hour mark, but the Albanian had little impact in an overall disjointed performance from Thomas Tuchel’s men.

Chelsea launched a late onslaught on Dinamo’s goal and the hosts were relieved to see Reece James’ low shot rattle the foot of the post with five minutes remaining.

Tuchel did not mince his words after Chelsea suffered their third defeat in seven games in all competitions this season.

Tuchel added on BT Sport: “At the moment, everything is missing, [there is] too much to analyse. I’m a part of it.

“We need to be much better. We are not finished, we are not happy but I thought we were on a good way. I am surprised by this performance.”