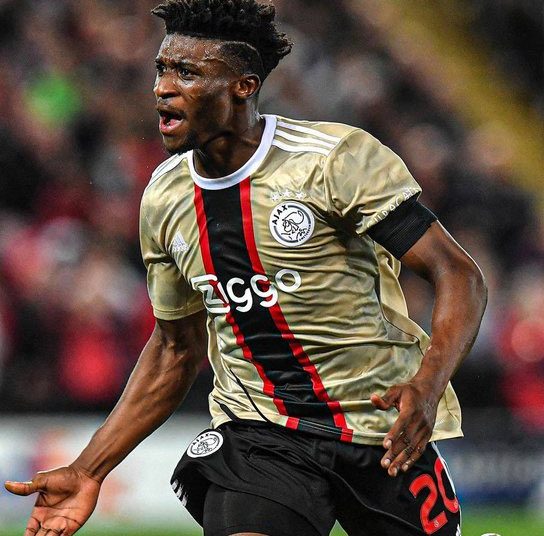 Kudus Mohammed is having quite a September.

The Black Stars star made his first start against Scottish club, Rangers a week ago; scoring, assisting and bagging the Man of the Match Award.

Over the weekend, he continued his stunning form, netting a brace as Ajax thrashed Heerenveen.

His exploits in the Eredivisie game earned him another Man of the Match prize. 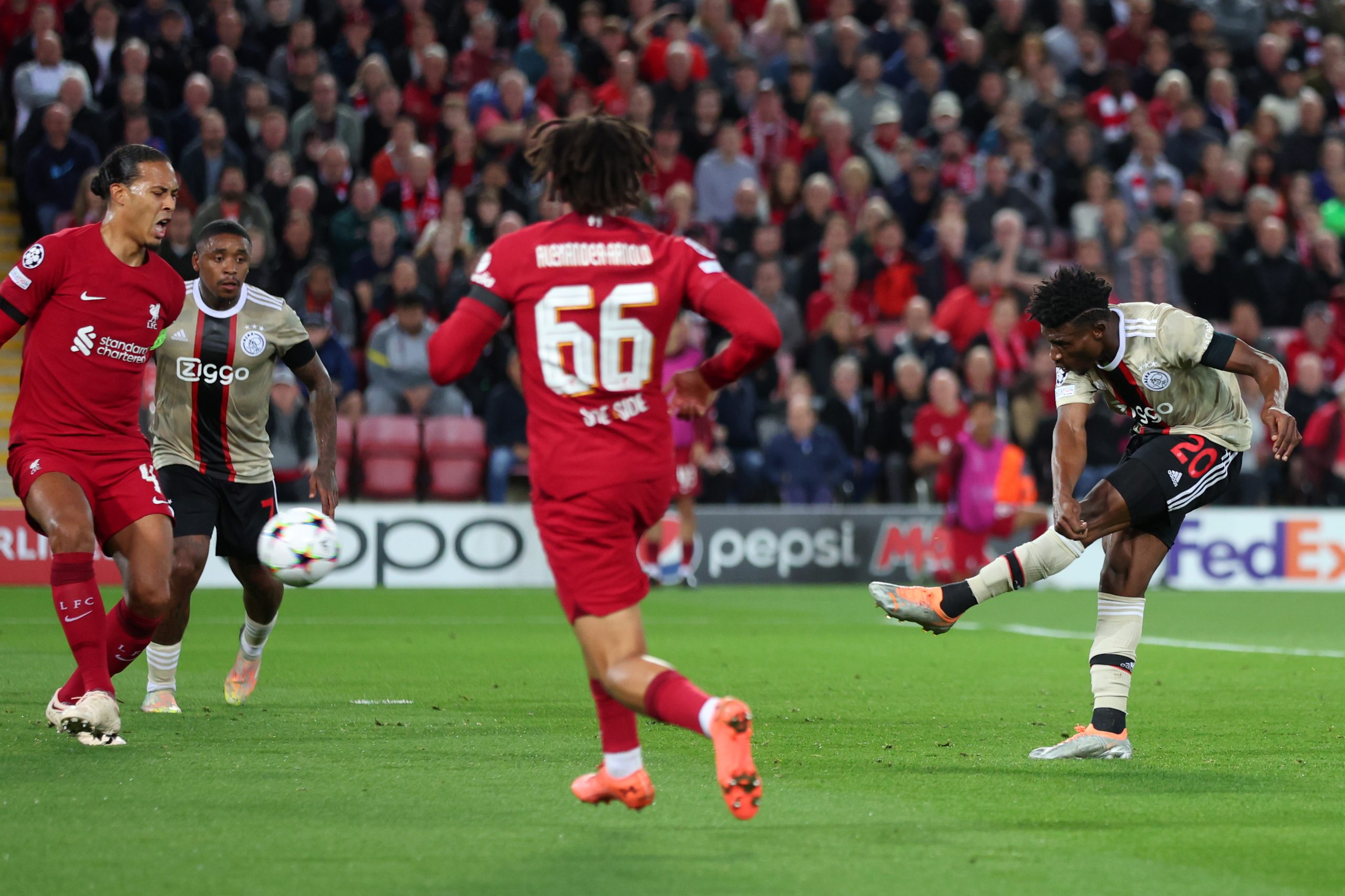 All eyes were on the Ghanaian on Tuesday night when the Dutch champions faced English giants, Liverpool in the UEFA Champions League.

Ajax had it all to do when Mohamed Salah put the Reds ahead.

With Liverpool looking set to run riot, up stepped Kudus, who picked up the ball in the Reds box and rifled an absolute beauty into the top corner via the woodwork. 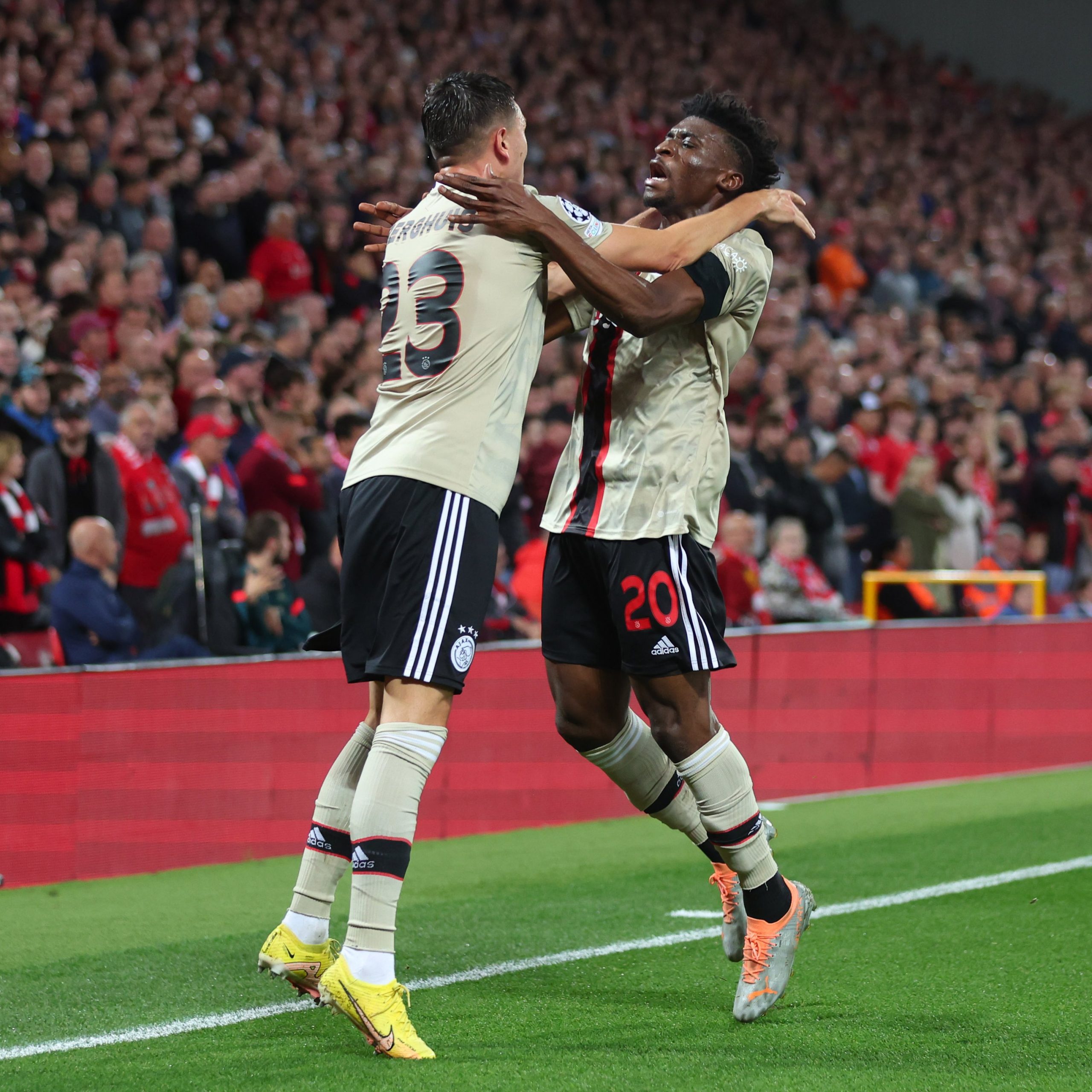 It was a goal that delighted Ajax fans and Ghanaians, stunned Liverpool and their supporters and impressed neutrals.

Get used to the name because the 22-year-old Ghanaian is having a sensational season! He left Alisson with no chance..

Despite Joel Matip’s late winner for the home side, Kudus grabbed all the headlines with his effort.

You are witnessing the Kudus Mohammed Supremacy!!!

What a finish kudus

Salute the football General… Kudus Mohammed is a fantastic player!

Proud to be Ghanaian for Kudus’ sake

Absolutely amazing, I have said it time without number that this guy have proven beyond any doubt that he is a super class, and must be respected for that. Battle well fought!

Kudus is a world class players in the making..Mark it on a wall, big offers coming soon

Kudus to win young player of the tournament!🇬🇭

Looks really promising. Ajax sure know how to spot talent.

With the World Cup only 67 days away, fans of the Black Stars will be hoping he’s able to carry this good form to Qatar.