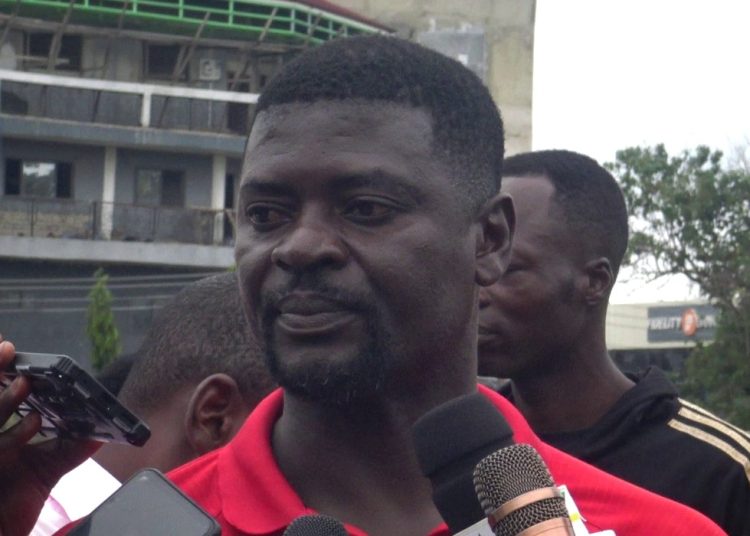 Head coach for Accra Hearts of Oak, Samuel Boadu has branded his team the better side heading into the Ga-Mashie derby against Accra Great Olympics on Sunday, September 18, 2022.

Building up to the Betpawa Premier League Week 2 clash, Boadu is upbeat his team can end their recent struggles against the “Wonder Club” and record a first league win since 2020.

“Hearts of Oak is good, a better side. Though they [Olympics] have won their first game, we are preparing to meet them. We are playing at home and we believe that though we have lost to them two consecutive times, this time around, it won’t happen.”

Hearts lost at Aduana in Week 1 and are chasing a first win of the new season.

Meanwhile, Great Olympics are yet to lose in their last four league games against the rainbow club.

Head Coach for the Dade Boys, Yaw Preko led his side to a hard-fought win on Matchday 1.

The former Ghana striker is looking forward to continuing their dominance over Hearts.

“Last season we nearly killed them, so if the fans think they are coming for revenge, we will go back to our drawing board. Whatever they are bringing on board, we will make sure that we face them with straight on,” he said.

Elsewhere in the Betpawa Premier League Week 2, promoted Nsoatreman FC, whose previous game against Asante Kotoko was postponed, will get their first taste of elite football when they host Bibiani Gold Stars at the Nana Konamansah Park in Nsoatre on Friday, 16th September 2022.

On Saturday, Accra Lions have a tricky test against Karela United at the Accra Sports Stadium, while Dreams FC will play Kotoku Royals at the Theatre of Dreams Park in Dawu in an Eastern Regional derby.

Buoyed by their win on opening day, Medeama welcomes Real Tamale United to the Akoon Park on Sunday as Tamale City and Legon Cities will meet at the Aliu Mahama Stadium. Both teams are in search of their first point of the season.

Matchday 2 will end on Monday when King Faisal locks horns with Aduana Stars at the Baba Yara Stadium and Samartex battle with Berekum Chelsea.

Bechem United have a free weekend due to Champions, Kumasi Asante Kotoko’s involvement in the CAF Champions League against RC Kadiogo from Burkina Faso.