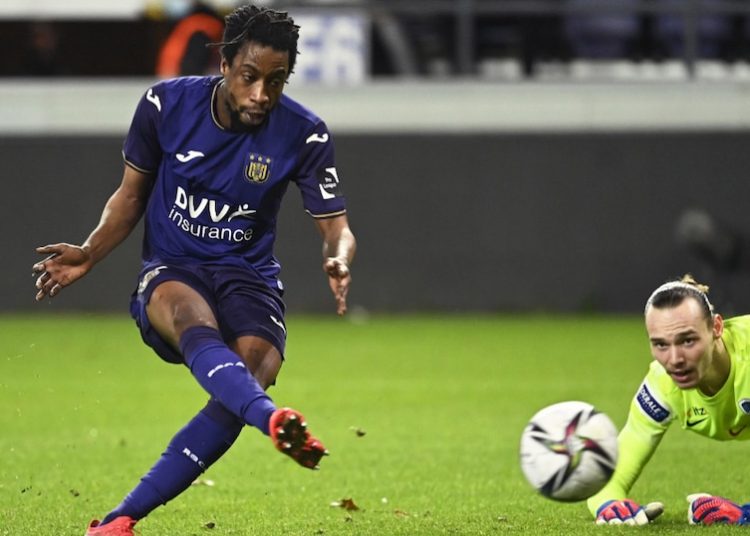 The 24 year old scored Anderlecht’s second goal in the 59th minute after getting teed up by right full back Michael Murillo; Panama international full back Murillo recorded two assists in the win.

The goal is Ashimeru’s second goal of the season after recording his first in a 2-0 win over KV Oostende in the opening game of the campaign.

Reacting to the goal and win, the former WAFA and RB Salzburg player summed up his mood with the word “happy” on his official Twitter page.

“Great team effort yesterday, happy to be on the score sheet. To our fans, thanks for urging us on!! We Fight On” he stated.

Great team effort yesterday, happy to be on the score sheet. To our fans, thanks for urging us on!! We Fight On💜💪🏾#Maker pic.twitter.com/QRhbYcx5pb

The win is Anderlecht’s fourth of the season with the team recording a draw and four losses in nine outings this season to rank eighth in the league standings.

Ashimeru is gunning to gatecrash the Black Stars roster for the 2022 FIFA World Cup in Qatar.