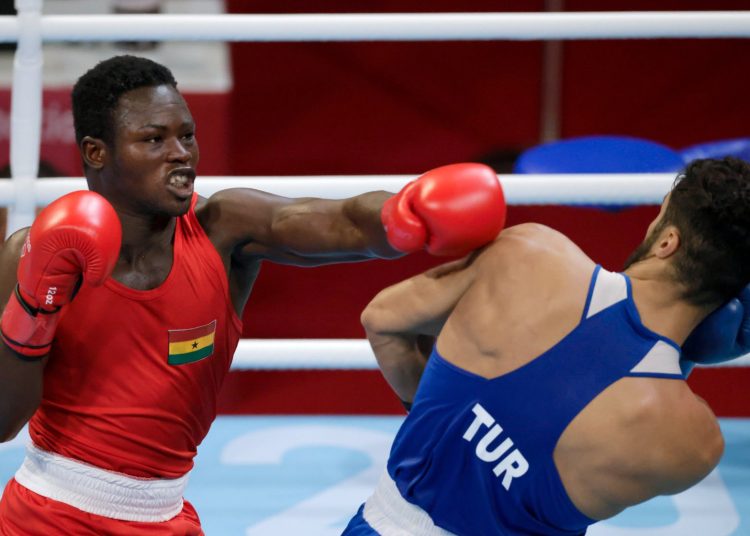 Ghanaian Boxer, Shakul Samed has set his sight on being a World Champion after ending his amateur career on a disappointing note.

The 23-year-old was suspended from the 2022 Commonwealth Games after testing positive for a banned substance.

Speaking on Untold Stories TV, the light-heavyweight boxer is optimistic about bouncing back stronger.

“I apologize to my fans and every Ghanaian that I will bounce back strong to make them proud. Now, I am done with my amateur level. My focus is on the professional now. My target is to win a World title”.

Shakul Samed received the coveted award of Ghana’s Best Amateur Boxer in 2019 from the Sports Writers Association of Ghana (SWAG).

He subsequently lost to Turkish boxer, Bayram Malkam by Technical knockout in the round of 16 at the Tokyo Olympic Games.

A year later, his amateur career has also come to an end following a drug related incident at the 2022 Commonwealth Games in Birmingham.

Shakul is the youngest of the Samir brothers, which includes former national team boxer, Bastir and Issah.