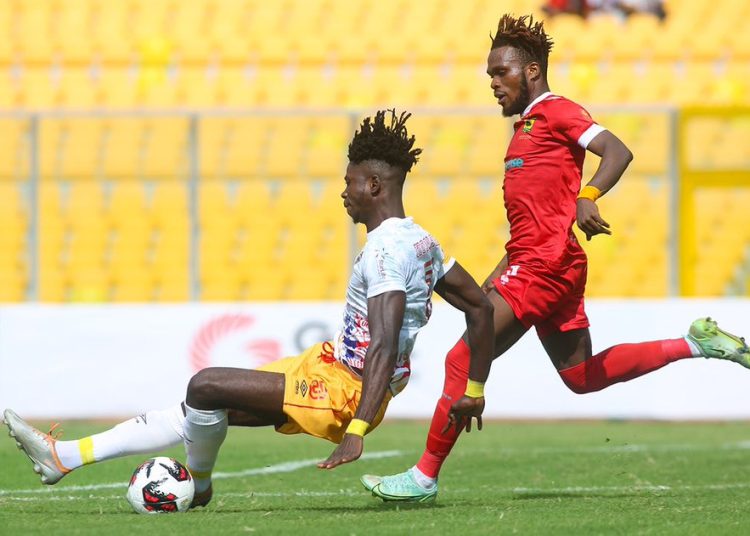 Defending Champions, Kumasi Asante Kotoko and Accra Hearts of Oak played out a 1-1 stalemate at the Baba Yara Stadium in Kumasi on Sunday in Match Week 3 of the betPawa Premier League.

Caleb Amakwah’s late goal gave the Phobians a point against their rivals Kotoko in the first super clash of the season.

The Porcupine Warriors were playing their first game of the Ghana Premier League season after exiting the CAF Champions League in a disappointing manner.

The hosts were the better side in the first-half and should have taken the lead but wasted their chances.

Kotoko thought they had won a penalty twice in the first half when their players were bundled in the box, but referee Selorm Yao Bless ruled otherwise.

Seydou Zerbo’s men continued dominating in the second-half and were finally rewarded in the 57th minute when Yussif Mubarik gave them a deserved lead.

The Porcupine Warriors looked to be heading for all 3 points but Caleb Amankwah produced a goal in the 88th minute to save the day for the Phobians.

The result means Hearts of Oak are yet to record a win the 2022/2023 season after three games played, while Kotoko secure a point in their first game of the season.