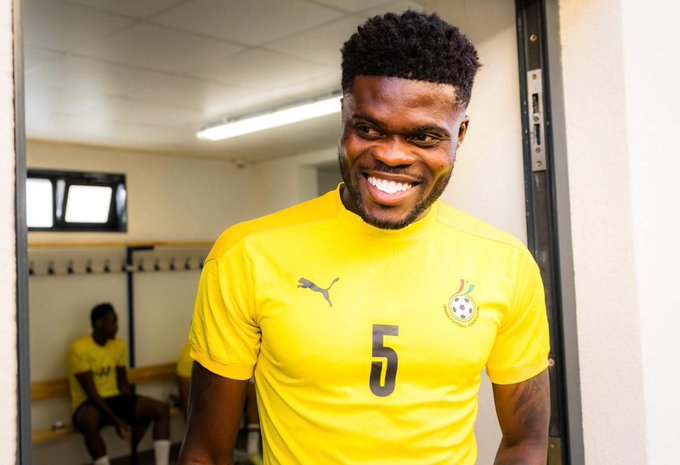 Black Stars Vice-Captain Thomas Partey, will miss the game against Nicaragua on Tuesday, after being granted permission to return to London for further assessment on a suspected knee injury he picked up before Ghana’s friendly against Brazil on Friday, September 23.

The 29-year old was expected to start the game but was forced to withdraw after picking up a knock during warm-up.

Partey was advised to pull-out of the game as a precautionary measure and was replaced by RCD Mallorca’s Baba Iddrisu.

Ghana lost that game against Brazil by a 3-0 scoreline in France.

Partey has left camp and will now return to London for further scans.

The Black Stars will travel to Spain on Sunday, to prepare for their second international friendly match against Nicaragua on Tuesday, September 27.