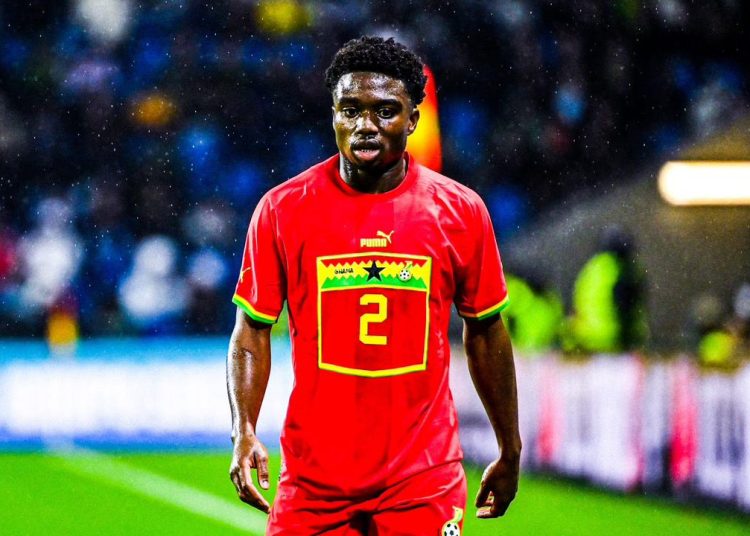 Head Coach of the Black Stars, Otto Addo, has listed Alexander Djiku and Tariq Lamptey as injury doubts for the game against Nicaragua today at 6pm.

The two defenders did not train with the squad on Monday and may miss the international friendly against Nicaragua at the Estadio Francisco Artés Carrasco in Lorca, Spain.

Both players featured for Ghana in their 3-0 defeat to Brazil, with Djiku playing 90 minutes while Lamptey, made his debut for the Black Stars in the second half.

“Djiku has a little pain so he went to the doctor for a checkup. We have to wait for the results and Tariq at the warmup felt a little something so he decided to say we have to watch out.

“He will be assessed later after training. We hope that it’s nothing serious and I hope that he can play tomorrow,” Addo said.

Ghana will be looking to win against Nicaragua to redeem themselves following their defeat to Brazil in France.

These games are part of Ghana’s preparations for the World Cup in November this year with the team set to play Switzerland just before the start of the competition.

The Black Stars will face Portugal, South Korea and Uruguay at the Qatar World Cup.