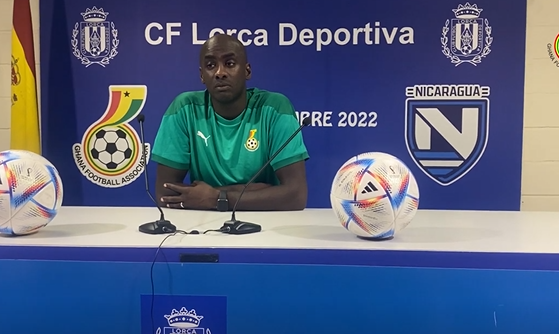 Ghana’s International friendly against Nicaragua, will not be as challenging as the game against Brazil, that’s according to head coach, Otto Addo.

The Black Stars face Nicaragua on Tuesday evening in Spain, after losing 3-0 to Brazil last Friday.

The games are part of Ghana’s preparations for the 2022 World Cup in Spain and Otto Addo is looking to use Tuesday’s game to try out different systems with the team.

“It’s another good test match for us, just to find each other the patterns, prime connections and we are happy to be here to play an opponent like Nicaragua.” Otto Addo said in his pre-match press conference.

“We hopefully can try a lot things. I don’t think it will be as tough as the match against Brazil but it’s a different tough opponent because they have proved in previous games that they can harm other teams so it’s going to be interesting,”  He said.

The game against Nicaragua will kick-off at 18:00 GMT in Lorca, Spain.