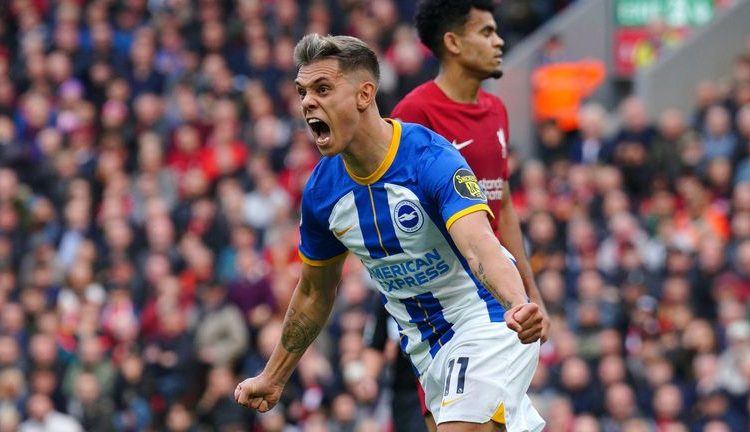 The Seagulls had raced into a two-goal lead with the Reds, playing their first Premier League game in 28 days after the international break, having made a sluggish start.

Trossard got the first after just four minutes when he thumped into the bottom corner from Danny Welbeck’s pass before adding a second in near identical fashion 13 minutes later, this time from Solly March’s ball.

Roberto Firmino started a Liverpool fightback before half-time when he drove in, with the goal given by the video assistant referee (VAR) after initially being ruled out for offside.

The Brazilian equalised nine minutes after the break when substitute Luis Diaz found Firmino, who coolly wrongfooted his marker before firing in from close range.

There was a sense of inevitability as a hungry Liverpool continued to come forward and they duly got a third when Adam Webster turned into his own net under pressure from Firmino.

But Trossard had the final say as he scooped in at the back post late on to secure the match ball and a point for his side.