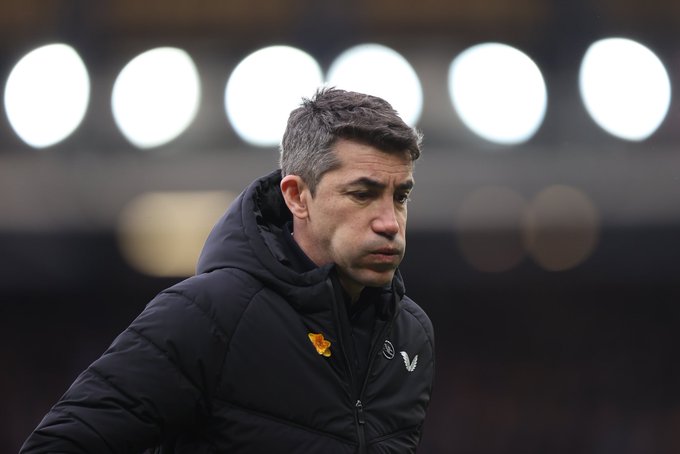 Wolves have sacked head coach Bruno Lage, with owners Fosun taking action after the club’s poor start to the season.

Lage was dismissed following talks with Wolves owner Jeff Shi less than 24 hours after the 2-0 defeat at West Ham which leaves the club in the bottom three of the Premier League table.

The Portuguese has secured just one win from the last 15 league games, in a poor run which stretches back to April last season, and Wolves decided that a change has to be made.

Fosun backed Lage significantly with a spend of over £100 million in the summer, which included the club record capture of Sporting midfielder Matheus Nunes.

Yet results have been abysmal with Wolves only scoring three league goals this season and Lage will leave the club after just over 15 months in charge.

In a statement from the club, Wolves chairman Jeff Shi thanked Lage for his dedication and honesty, saying: “Bruno is an excellent coach, a hardworking and dedicated manager, and a warm, wise and honest man.

“He and his staff have been a pleasure to work with throughout their time at Wolves, so it is with much sadness that we have had to make what has been a difficult decision.”

Lage was appointed in June last year after the departure of Nuno Espírito Santo, with Wolves identifying Lage as their preferred choice due to his record of entertaining football with Benfica.

Lage’s start to English football was impressive enough, guiding the club towards potential qualification for European football with a notable victory at Manchester United.

But since April results and performances have tailed off with the poor display at West Ham the final straw for the Wolves ownership.

Wolves are expected to appoint a new manager before the trip to Chelsea on Saturday, with former Olympiacos coach Pedro Martins likely to emerge as a strong contender.

Julen Lopetegui, the Sevilla manager, has been a previous target for Wolves and could come into contention again.

Ange Postecoglou, the Celtic manager, has also been discussed as an option though there are doubts over whether he will leave Scotland at this stage of the season.