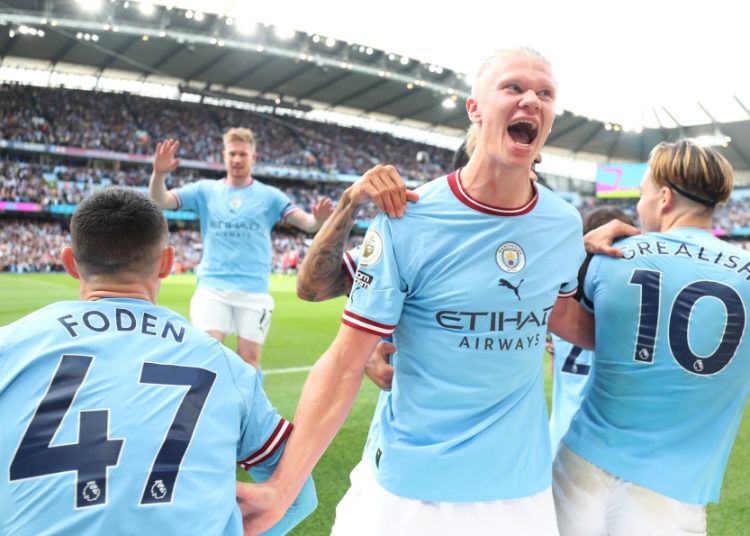 Erling Haaland and Phil Foden both recorded hat tricks as Manchester City built a five-goal lead before settling for a 6-3 blowout derby win over Manchester United on Sunday at the Etihad Stadium.

Haaland finished with three goals and two assists, while Kevin De Bruyne set up two of the big Norwegian’s goals. Haaland now has 14 goals through eight Premier League games, 18 off the league record for a 38-game season set by Mohamed Salah in 2017-18.

Antony had the game at 4-1 after 56 minutes, but it was 6-1 before Anthony Martial chipped in a pair of late goals off the bench.

Haaland said on USA Network: “Not bad,”. “We scored six goals. What can you say? It’s amazing. To win at home and score six goals here, it’s nice.

“You can feel it all the time. You see the passes we give each other. We always want to go forward, to attack. In the end it’s amazing, there’s nothing more to say.”

Man City hosts Copenhagen on Wednesday in the Champions League before Southampton visits on Saturday.

Man United has a long trip to Cyprus for a scrap with Omonia in the Europa League on Thursday, then visits Everton on Sunday.