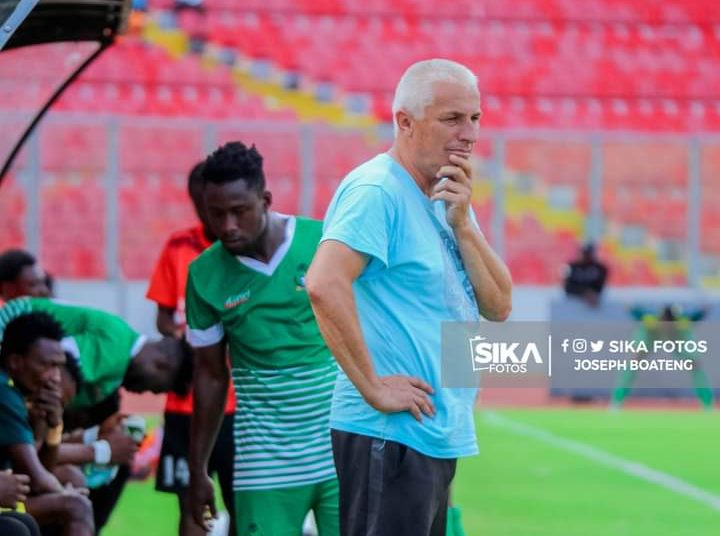 The decision comes on the back of a poor run of results in the 2022/2023 Betpawa Premier League.

The Kumasi-based side is bottom of the league log after losing all three matches.

🗞️ We have parted ways with our coaches, Branko Bozovic and Ivica Cvetanovski

➡️We thank them for their services and wish them well in their future endeavors.

King Faisal started the campaign with a 2-0 defeat at Berekum Chelsea, before a 3-2 loss to Aduana Stars at the Baba Yara Stadium.

The “Insha” Allah boys fell to another 1-0 defeat to Accra Great Olympics, leading to the exit of Bozovic who took over in April 2022.

Faisal are expected to name a new coach despite the suspension of the Ghana Premier League.