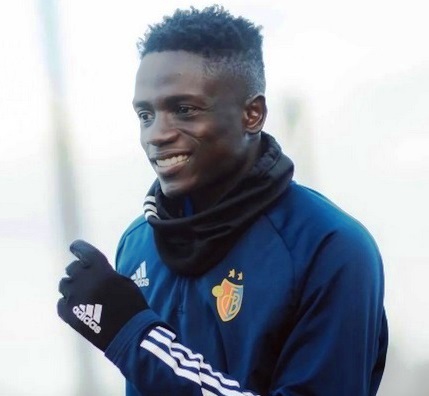 Prodigious FC Basel Ghanaian midfielder, Emmanuel Essiam, has been spotted in training on his return from a long injury layoff.

The 18 year old ex-Berekum Chelsea player, was seen in training ahead of FC Basel’s UEFA Europa League Conference game against Slovan Bratislava; Basel lost its first game in the tournament via a 0-2 result.

Affirming his return from the unknown injury, Essiam attached the statement, “Happy to be back” to photos of him in the training session on his Twitter page earlier today.

Essiam moved from Berekum Chelsea to Basel earlier this year in a deal that runs till 2026.

Prior to his move to Europe, the Ghana Under 20 player played 20 games for Berekum Chelsea.

Happy to be back💪🏽 pic.twitter.com/KF8U0VIrHk

Essiam’s return puts him in line to compete for Basel in subsequent games.