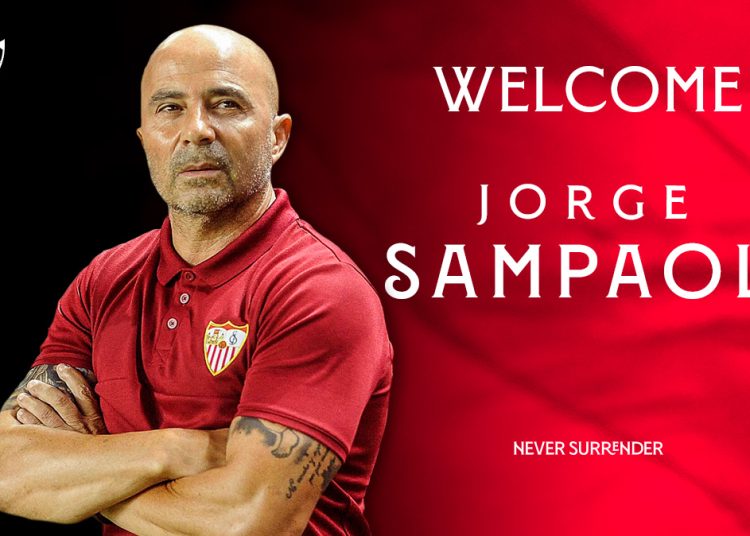 Sevilla FC and Jorge Sampaoli have reached an agreement for the Argentine manager to return to the club, after a first spell in the 2016/17 season.

Sampaoli signs until 30 June 2024 and will conduct his first training session this very evening at 18:30. He brings with him Jorge Desio, Diogo Meschine, and Pablo Fernández as the coaching staff.

He started his footballing career at Newell’s Old Boys academy, but a serious leg break at only 19 years old forced him into an early retirement.

Sampaoli turned to coaching, and after managing at an academy level in Argentina, he made his jump to a senior team in 2002 with Juan Aurich in Peru.

That was the start of a successful career for Jorge which saw his greatest run of trophies come with Universidad de Chile. He won three league titles (two Apetura, one Clausura) in addition to the Copa Sudamericana. He also managed Chile from December 2012 to December 2016.

Sampaoli brought Chile to the 2014 Brazil World Cup, with his side having a wonderful tournament. They unluckily fell to Brazil on penalties in the last-16.

Sampaoli returns to the Sevilla dugout after managing the team in the 16/17 season. That season saw an incredible first half, in terms of style and results, as the team finished with 72 points in the fourth spot.

He brought the team to the Champions League last-16 where they fell to Craig Shakespeare’s Leicester City.

After Sevilla, he moved on to become manager of his country. He managed the Albiceleste for 15 games and saw them eliminated in the 2018 World Cup last-16 against France.

His next jobs saw him move to Brazil with Santos and Atletico Mineiro where he finished in second and third place in the 2019 and 2020 seasons.

His last job was at Olympique Marseille where the team finished 5th in the 20/21 season, and a very impressive 2nd place last year. He also made the Conference League semi-finals last year.