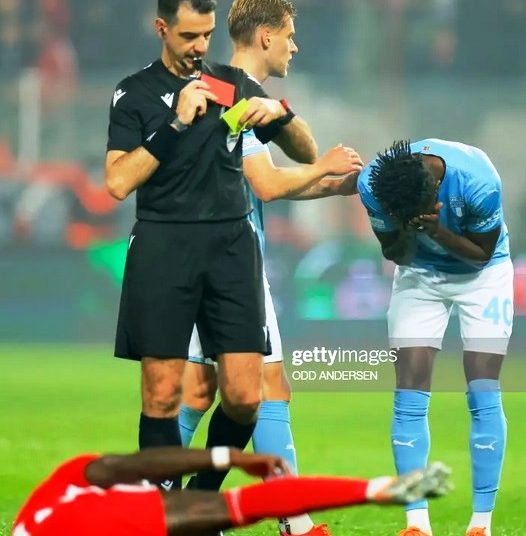 Ghanaian midfielder, Emmanuel Lomotey, was given a straight red card on his Malmo FF debut in the Europa League on Thursday October 13.

Malmo FF lost 0-1 to German side Union Berlin in the Group D game at the group stage in the 2022-2023 season with Lomotey’s challenge leading to the penalty kick converted by Robin Knoche in the 90th minute.

Lomotey was subbed into the game in the 81st minute to replace Oscar Lewicki but was overly physical with his challenge inside the penalty box on Sheraldo Becker.

He was given a straight red card as the former Amiens player was ruled as the last man in the build up to the incident to cap a horror show in his first outing in the Europa League.

Lomotey joined Malmo this off-season after signing a four-year deal with the Swedish team after spending time at Amiens in the French Ligue 2. 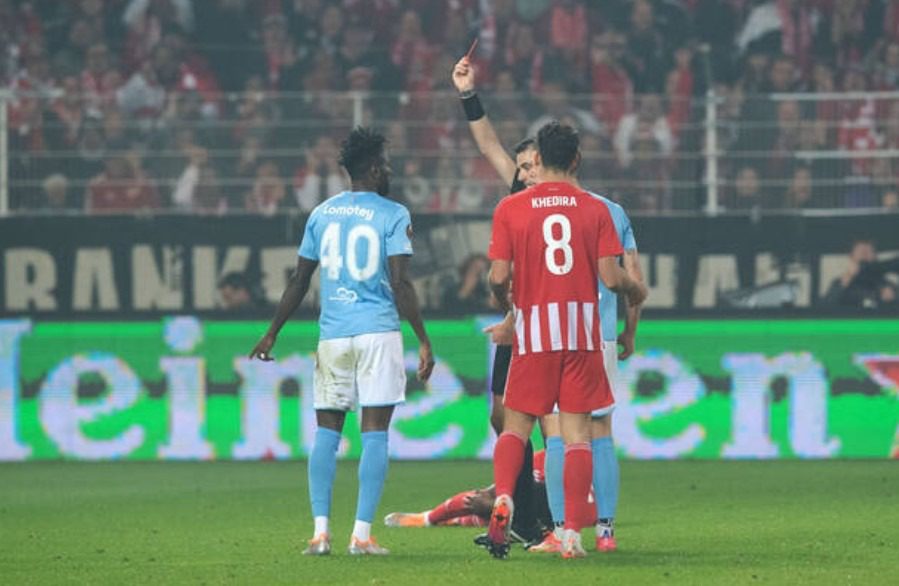