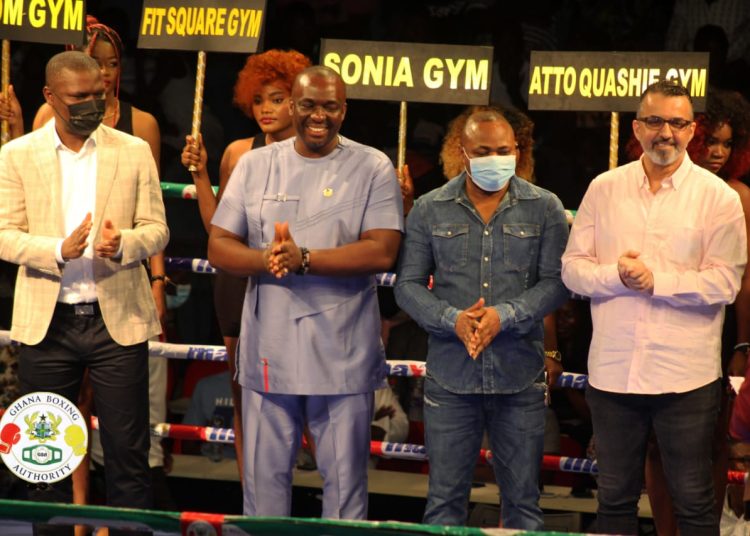 The Ghana Boxing Authority (GBA) has handed a one-year ban to Coach Sulemana Martey of Sonia Boxing Gym for grievous misconduct on Saturday 29th October, 2022, at the Bukom Boxing Arena.

The ban took effect from Wednesday, 2nd November 2022, and prevents the trainer from partaking in any event or activity of the association till November 2023.

In addition to his one-year ban, he has also been fined GHC5,000 to be paid without delay or face more punishment.

According to press release from the GBA, the Association’s Arbitration Committee conducted investigation of the incident and discovered that after the official verdict was delivered in the fight between his boxer Godwin Tetteh and John Zile of Sea View boxing gym, Coach Martey courageously instigated his numerous supporters who invaded the ring, broke chairs, tables and thrown water bottles and missiles at innocent ring officials in the ring, some spectators and dignitaries at the ring side.

The level of hooliganism and vandalism his action orchestrated, caused damages at the boxing arena and also dented the brand of the ongoing De-luxy Professional Boxing League.

It was also discovered that this is not the first time he has created such chaotic incidents at the boxing arena.

The GBA expressed their sincerest apologize to all who have been affected by the unfortunate incident.

The body charged all stakeholders to realize the need to appreciate the ongoing boxing league for the betterment of all.

Stakeholders and shareholders of the ongoing boxing league are reminded that the GBA has put in place a REVIEW COMMITTEE to help reshape any controversial decisions by Judges and referees.