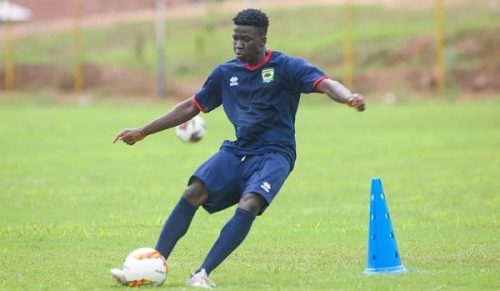 Zeze joined Kotoko in the immediate-past offseason as a headline transfer signing but has played limited minutes thus far in the 2022-2023 season.

The 22-year-old player came off the bench for the third game in a row as Kotoko beat FC Samartex 1996 2-1 in the betPawa Ghana Premier League.

Speaking to the media after the game, Kotoko coach Zerbo pointed out that managing Zeze’s return from injury is the reason behind the Ivorian’s string of appearances off the bench.

“When the league was suspended, Zeze wasn’t fit; the other players were training but Zeze wasn’t that fully fit to train. He just recovered from an injury, which is why we decided to allow him to play 10, 15 minutes. When he is definitely fit, he will start the matches,” Zerbo said via a translator.

The win over Samartex is Kotoko’s third in five league games and moves the team to third place in the 18-team league standings with 10 points.