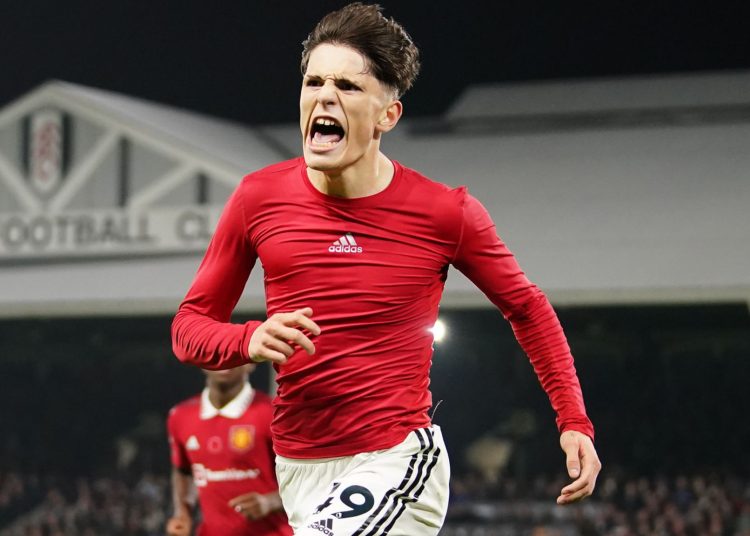 Manchester United teenager Alejandro Garnacho struck in the third minute of stoppage time to clinch a dramatic 2-1 victory over Fulham in the final Premier League game before the World Cup.

The Cottagers were moments from holding Erik ten Hag’s side to a draw after Dan James had cancelled out Christian Eriksen’s first goal for Manchester United with his first for the Whites against his former side, but substitute Garnacho broke their hearts.

The 18-year-old, fresh from an outstanding cameo in United’s 4-2 win over Aston Villa in the Carabao Cup on Thursday, latched onto Eriksen’s through-ball and clipped a composed finish beyond Bernd Leno for his first Premier League goal.

Manchester United had earlier missed a succession of chances in the absence of Cristiano Ronaldo, the Portuguese international absent again having missed their midweek game due to illness, while David de Gea also made several fine stops.

But Garnacho’s remarkable winner enhanced his already burgeoning reputation and ensured Manchester United will head into the six-week domestic break for the World Cup only three points behind fourth-placed Tottenham having played one game less.