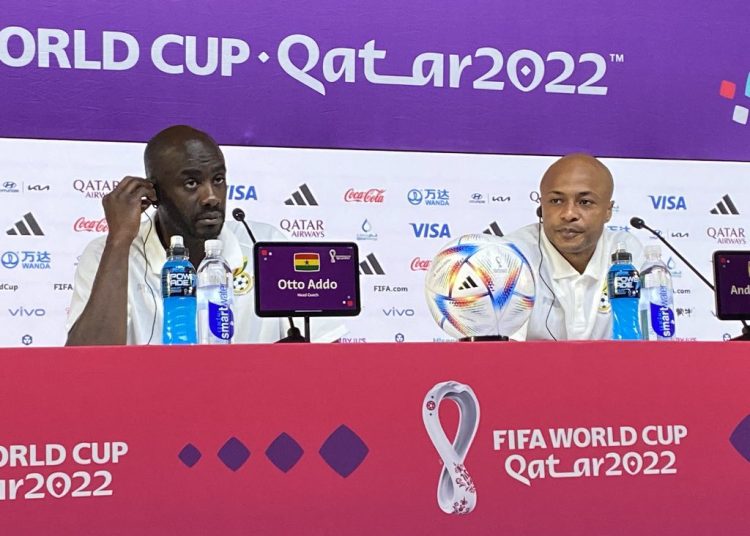 Black Stars head coach, Otto Addo says his team is focused on surviving the group stages of the 2022 World Cup.

Ghana face Portugal, South Korea and Uruguay in Group H in Qatar, a group that is considered one of the toughest in the tournament.

There had been questions over the Black Stars heading into the competition, given their patchy form under Otto Addo and the difficult group they were drawn in.

However, a dominant win over Switzerland in a recent pre-World Cup friendly has raised hopes significantly amongst fans.

Speaking at the Stars’ pre-match press conference ahead of their match against Portugal on Thursday, Otto Addo said he prefers not to look too far ahead into the competition, and that qualifying from the group is their current objective.

“Surely we want to survive the group stage. We want to go game by game so our full focus is on the Portuguese game. If we don’t look too far and we concentrate on the next game, I think we can do something,” he said.

He refused to be drawn into a prediction on how far the team will get in Qatar but insisted that anything is possible, as long as the team makes it out of the group.

“From there, nobody knows, it depends on who you get and also how you play,” Otto Addo added.

“It’s very difficult to predict so our main focus is to win against Portugal, which will be very difficult. After that, we’ll look at the next step.”