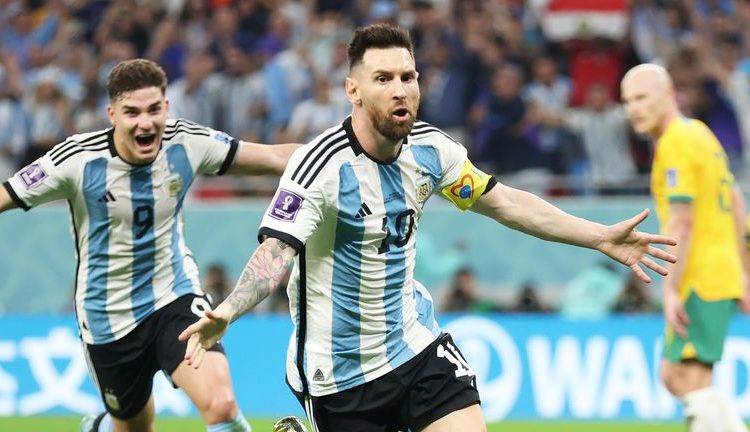 Messi, 35, was winning his 169th cap for his country and they needed his brilliance to take them through to the next round and a tantalising tie against the Netherlands on Friday.

Argentina had barely threatened in the first half but Paris St-Germain’s Messi stroked in a delightful low finish to spark wild celebrations from their fans.

It was his 789th career goal, 94 of those coming for Argentina, and Messi is now the joint top goalscorer in Qatar.

The South American supporters had been on their feet singing all game and they had further delight when Julian Alvarez punished Mat Ryan’s mistake to double their advantage.

Australia had offered very little but surprisingly pulled one back with 13 minutes remaining when substitute Craig Goodwin’s strike took a huge deflection off Enzo Fernandez. 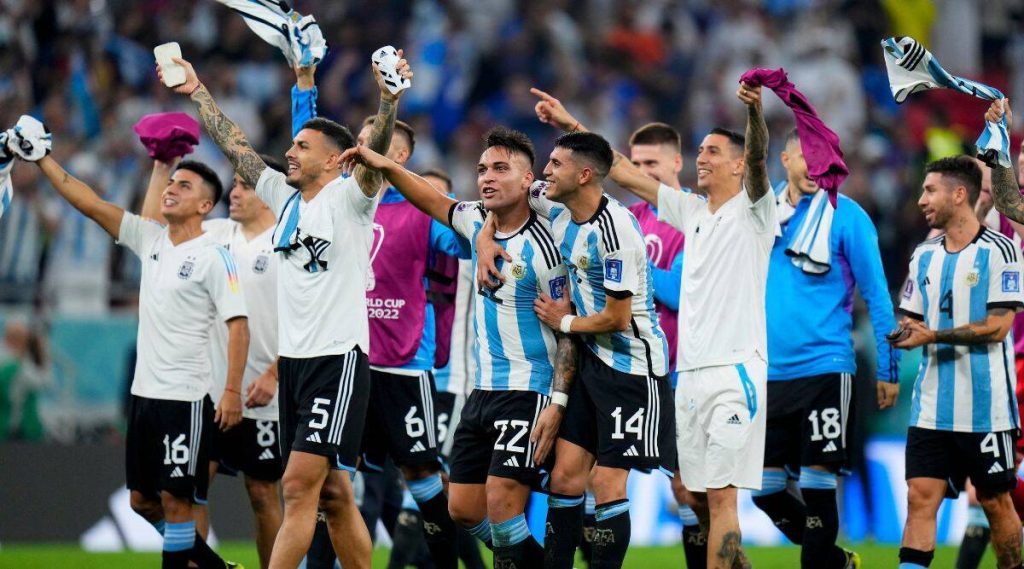 They could have levelled shortly after through Aziz Behich, whose incredible solo run took him past four players, but his shot was superbly blocked by Lisandro Martinez’s sliding challenge as Argentina edged through.

Following their group-stage heroics, Australia were looking to spring another surprise and had hope courtesy of Goodwin’s 20-yard drive that took a fortuitous deflection with 13 minutes remaining.

They could have taken the game to extra time when full-back Behich embarked on a mazy run to beat numerous defenders, but Martinez reacted in the nick of time.

An even better chance fell to the Socceroos in the 97th minute when Garang Kuol brought the ball down in the area but his shot on the turn was well kept out by Emiliano Martinez’s reflex save.