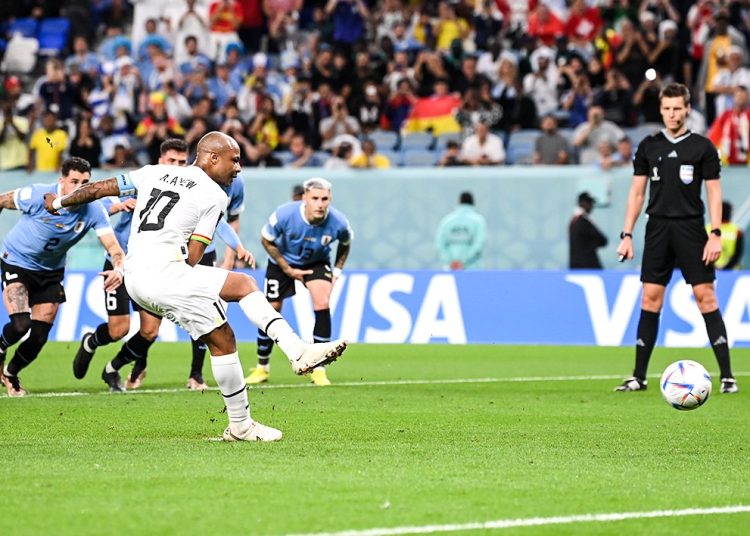 Black Stars defender Daniel Amartey has fingered the missed penalty by Andre Ayew as the pivotal moment in Ghana’s game against Uruguay.

Ghana lost 0-2 to Uruguay in the final round of games in the 2022 FIFA World Cup taking place in Qatar that eliminated the Black Stars from the competition.

Black Stars captain Andre Ayew had a chance to score a goal from the penalty spot in the 21st minute after Mohammed Kudus was fouled.

However, the veteran forward had his attempt saved by Uruguay goalkeeper Sergio Rochet Alvarez before Uruguay midfielder Giorgian de Arrascaeta scored in the 26th and 32nd minutes respectively to secure the win for the South Americans.

According to Leicester City defender Amartey, the miss proved costly to the Black Stars chances of progressing to the Round of 16 stage for the third time in four World Cup campaigns.

“It changed the game. If we score, we would go ahead of them but when he missed the penalty, they got their energy back…Our levels dropped. An early goal is most important and if we had scored they would have gone down” he said in an interview with FIFA+

Otto Addo stepped down from his role as Black Stars head coach in the aftermath of the loss; prior to the World Cup the former Black Stars player stated he will step away from the job to focus on his coaching role at German league side Borussia Dortmund.