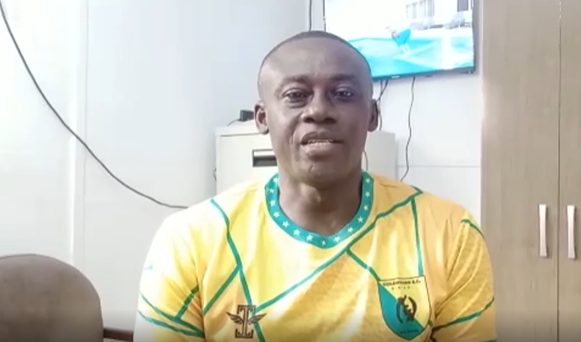 Bibiani Gold Stars head coach, Michael Osei has been named the Coach of the Month in the Ghana Premier League for November.

Osei oversaw Bibiani’s unbeaten start to the league campaign in which they accumulated seven points from a possible nine in their first three games.

A draw at home to Medema was sandwiched between wins away from home against Sarmatex and Legon Cities.

Bibiani are currently third, with 17 points from 10 matches, only three points off league leaders, Aduana Stars.

Osei, speaking in an interview with the GFA after he was given his award, said he was very happy but was quick to divert praise to his players and technical team.

“I’m happy to win such an award. The work that my guys are doing shows that we are doing very well and that the team is progressing very well. I’m happy for my whole technical team, the supporters and the management as well. Such an award will only motivate us,” he added.

“Once we are progressing, it shows that we can do more. We need to work hard, go the extra mile and be disciplined in our tactical play and in every game. We can still do better.”

It completes a double for Bibiani whose forward, Ibrahim Laar, was also named the Player of the Month for November.