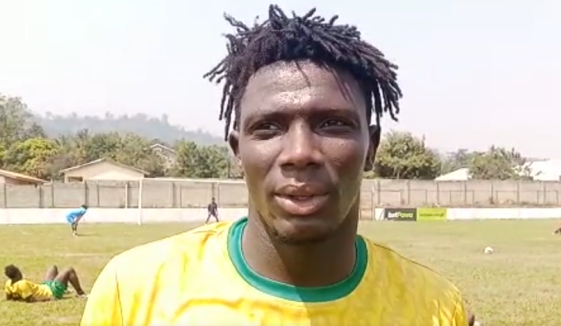 Bibiani Gold Stars forward, Ibrahim Laar has been named as the Ghana Premier League’s Player of the Month for November.

Laar was influential in Bibiani’s unbeaten start to the season before the break for the World Cup.

The forward scored two goals as the Premier League newcomers started the season with two wins (against Samartex and Legon Cities) and a draw (at home to Meadeama) in three matches.

“I’m very grateful to God for helping me win this award. A lot of hard work and determination went into this as well. I’d like to thank my teammates at Bibiani who helped and pushed me to play at this level,” the player told the GFA after receiving his prize.

“I wouldn’t have been able to do this without them.”

He will receive a 40-inch NASCO Television set from Electroland Ghana Limited.