It has been a weekend of derbies in the Premier League as the East Midlands, North London, and Manchester Derbies all took place. There was also a London Derby between Chelsea and Crystal Palace but that was not a headline-grabber and so, it went under the radar.

This weekend’s games were dominated by a very specific incident involving Marcus Rashford and what it means to be interfering with play.

The incident: Casemiro tries to penetrate the Manchester City backline with a through-pass. Marcus Rashford, who is an offside position, seems to be about to take control of the ball but does not. The Manchester City defenders and goalkeeper all seem drawn to the ball but none of them takes it. It must be noted no one, including Rashford, has touched the ball yet. Bruno Fernandes finally receives the ball and puts it in the back of the net. The goal is initially disallowed but upon review, it is given as the referee deems Marcus Rashford has not interfered with play. 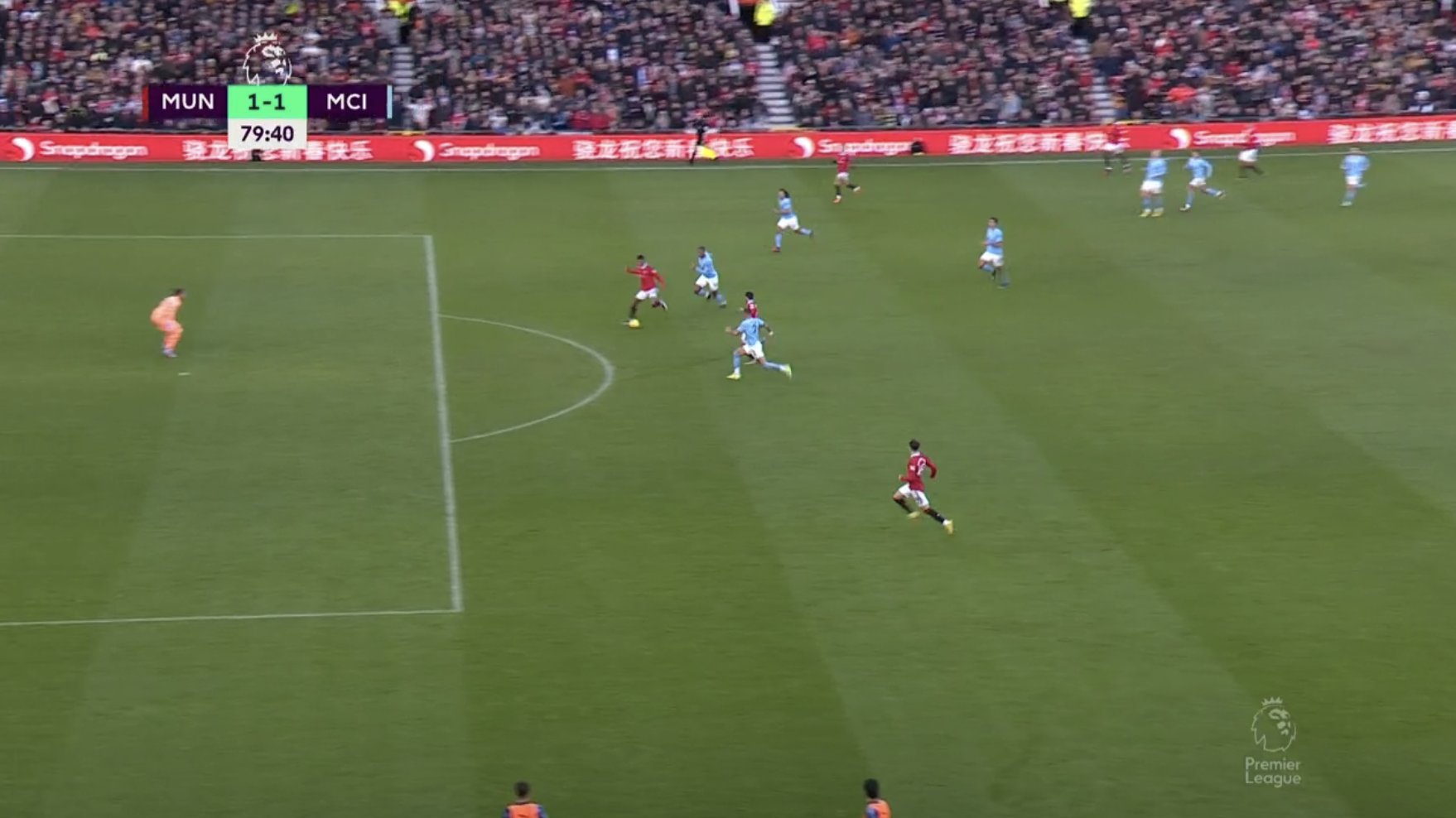 Offsides and the rules behind that occurence are explained in Law 11 of the Laws of the game.

Section 2 is as follows:

However, his presence altered the actions of every player around him. Ederson, Manuel Akanji and Kyle Walker all seemed a bit reluctant to challenge Rashford for the ball and this gave Fernandes an easier route to the ball. In addition, Ederson being off his line but not reaching the ball made the finish a lot easier. The unfortunate aspect for City is that the officials cannot account for the changed behaviour of their players so the goal standing is the right decision.

On a personal level, I believe this call sets a bad precedent. I think it goes against the spirit of the offside rule as Rashford whilst not interfering with play on a technical level, his presence and actions were disruptive and changed the game situation. It would not have raised any eyebrows if the goal had been disallowed and I admire the referee’s bravery to read the situation as he did as it was the harder decision but sticking by a decision that was likely to be unpopular deserves praise.

Regardless, I think it was a poor decision and Manchester United was ridiculously lucky there.