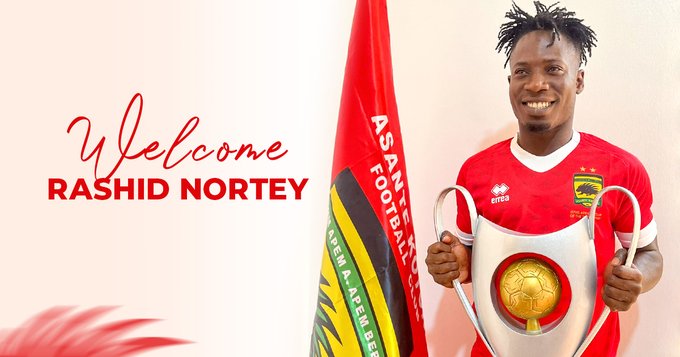 Nortey has signed a two-and-half year deal with the Porcupine Warriors until 2025.

The midfielder left Medeama earlier this month as a free agent after his contract ended last month.

Nortey made over 100 appearances during his stay at the Tarkwa based club and was voted Medeama player of the season in 2021.

Asante Kotoko made the announcement via their official twitter handle on Wednesday.