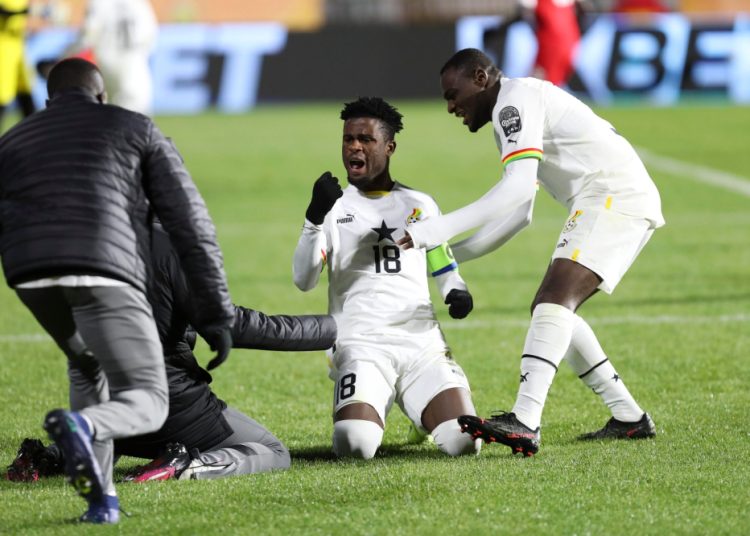 Black Galaxies midfielder David Abagna has described the type of situation his side found itself in against Sudan after going down by a goal in the crucial encounter.

Ghana rallied after falling behind to record a 3-1 win over Sudan in the West African nation’s final outing in Group C of the 2022 African Nations Championship (CHAN).

The win all but guarantees Ghana a place in the next round of the competition organized for players competing in national leagues on the African continent.

Speaking in the post game interview, the importance of a Ghana win was not lost on Abagna despite the setback in the contest.

“When we conceded the goal, I told myself that we can’t go down and I also spoke to my teammates. We had to psych each other up. We had to push because it was a make-or-break situation” he said.

Sudan got the game’s lead in the 31st minute with a goal from Al Gozoli Nooh but Ghana got the equalizer through defender Konadu Yiadom in added on time in the first half via a deflected effort from a corner kick.

Kingpin Daniel Afriyie Barnieh scored from the penalty spot in the 65th minute; substitute Suraj Seidu scored Ghana’s third deep in added on time a few minutes after Barnieh got sent off for a dangerous tackle.

For his outstanding performance in the win, Abagna won the Man of the Match Award.

Congratulations David Abagna, our TotalEnergies Man of the Match! 🏅