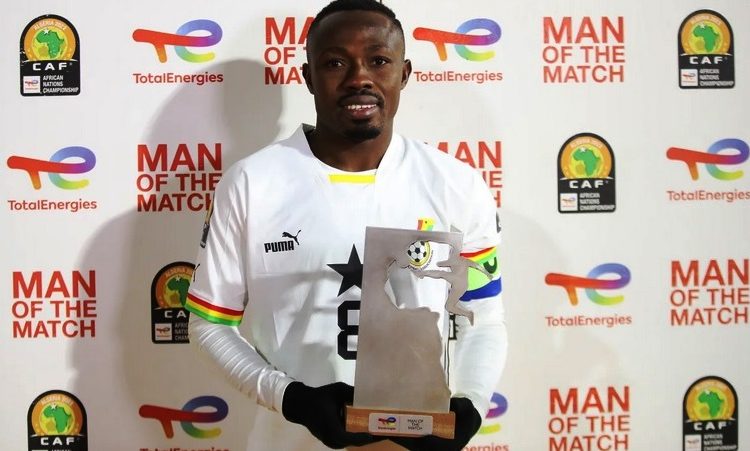 Real Tamale United (RTU) Football Club and Black Galaxies midfielder David Abagna has described his “excited” mood after picking up the Man of the Match Award in Ghana’s crucial win over Sudan.

Ghana beat Sudan 3-1 in a Group C contest of the 2022 African Nations Championship (CHAN) in Constantine, Algeria; Ghana conceded in the 31st minute but got goals from Konadu Yiadom, Daniel Afriyie Barnieh and Suraj Seidu to clinch the important win.

Abagna was heavily influential in the win and his efforts were rightly recognized with the award. Speaking after picking up the hardware, Abagna commended his teammates’ performance as well:

“Having this man of the match award makes me very happy. There is so much excitement for me right now. It was a good team effort win” he said.

Ghana has amassed six points by beating Sudan since Morocco’s boycott of the tournament meant CAF awarded three points to each team in Group C.

The Black Galaxies lost 1-2 to Madagascar in the first round of games and are all but assured of a place in the next stage.