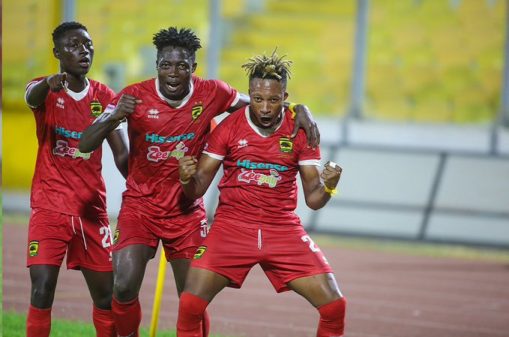 Kumasi Asante Kotoko midfielder Enock Morrison was named as the Man of the Match in a game against Benab FC and believes his side has the quality to win the FA Cup.

Kotoko secured a 2-1 win over the Second Division side Benab FC at the Baba Yara Stadium to progress to the Round of 16 stage.

Maxwell Agyemang scored what turned out to be the winner after Kotoko got on the score sheet via an own goal.

Speaking in the post game interview, former King Faisal FC attacking midfielder Morrison described the game as a very difficult matchup before talking up his team’s chances of winning it all in the competition.

“It was a difficult game, very very difficult…if you see the quality that Kotoko have, there is no doubt that we can win (the Cup)” he said.

Kotoko head coach Seydou Zerbo corroborated with Morrison’s assessment of the game as a difficult one.

Morrison moved from city rival King Faisal prior to the start of the 2022-2023 season.