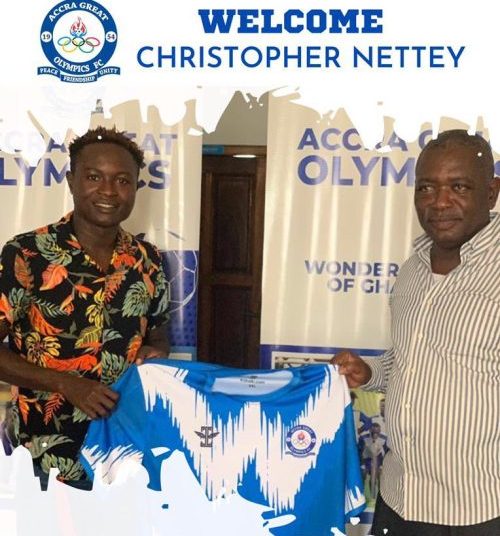 Free agent Christopher Nettey has signed a deal to join Accra Great Olympics with the transfer getting confirmed today. Details on the contract aren’t readily available at the time of writing.

The right full back joins the Dade Boys after parting ways with Kumasi Asante Kotoko Sporting Club late in December, 2022.

His release from Kotoko came on the back of the former Attram de Visser player’s camp failing to strike a deal on a contract extension with the Kumasi based club. (Click highlighted text to read full story)

He featured heavily in Kotoko’s rise to win the 2021-2022 Ghana Premier League title and got called up to Ghana’s Black Stars.

Nettey’s three year run had him score once for Kotoko in 62 appearances in all competitions for the Porcupine Warriors.

He joins a Great Olympics side that ranks eighth in the 18 team league standings on the back of recording five wins, four losses and four draws. 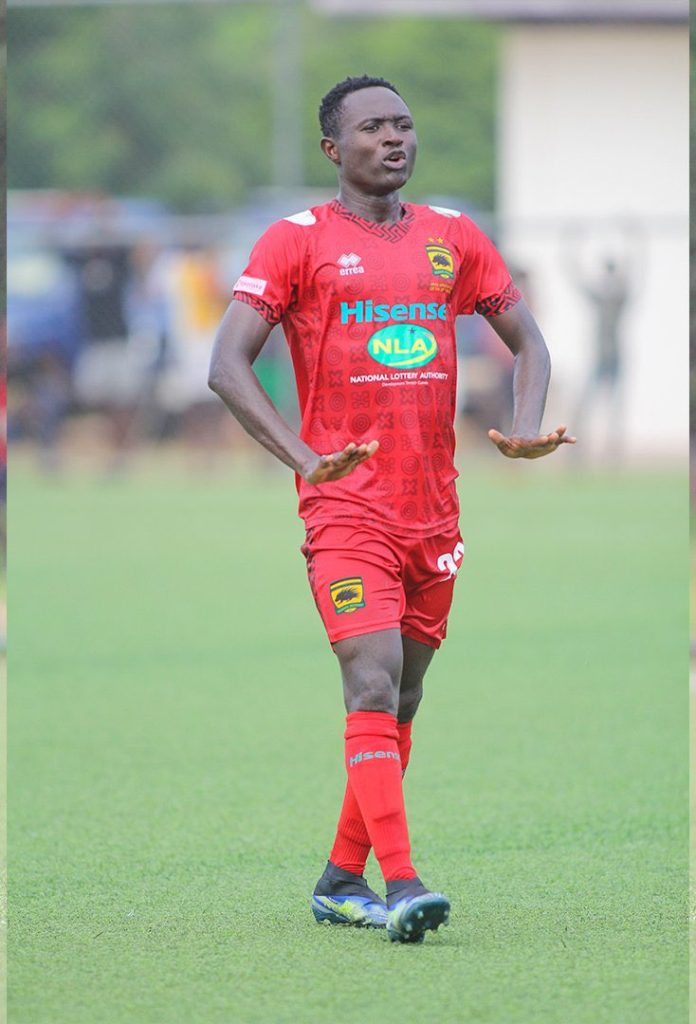 The Accra based club recently got eliminated from the MTN FA Cup at the Round of 32 stage after losing 3-4 in a penalty shootout.