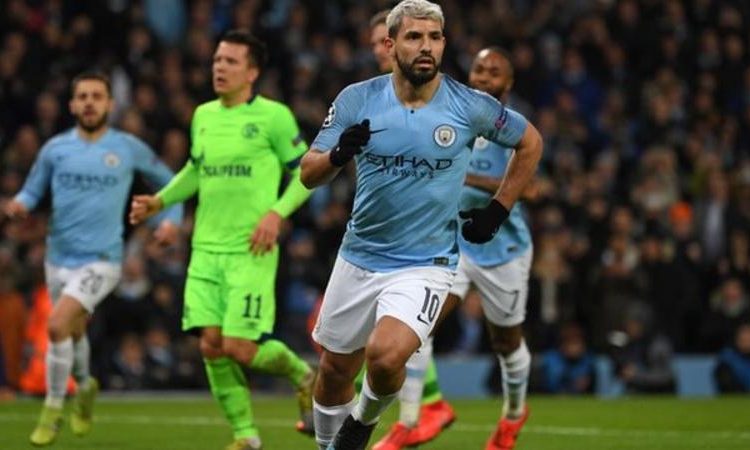 Manchester City thrashed Schalke in the second leg of their Champions League last-16 tie to confirm their passage to the quarter-finals.

Sergio Aguero opened the scoring from the spot and added a second three minutes later when Raheem Sterling’s backheel set him up from six yards.

Leroy Sane drilled in the third and picked up a hat-trick of assists after the break as City ran riot.

After slotting into the far corner in the first half, Sane set up Sterling with a wonderful curling cross that the England forward smashed into the top corner.

Silva pounced on Sane’s cut-back to make it 5-0 before substitute Foden rounded the goalkeeper after he was played in by the German winger. Jesus made sure he had a slice of the pie with a late curling strike.

City, who came from behind in the first leg in Germany to win 3-2, were knocked out in the quarter-finals of last year’s competition by Liverpool and have never won the Champions League.

The draw for the last eight will take place on Friday at 11:00 GMT.