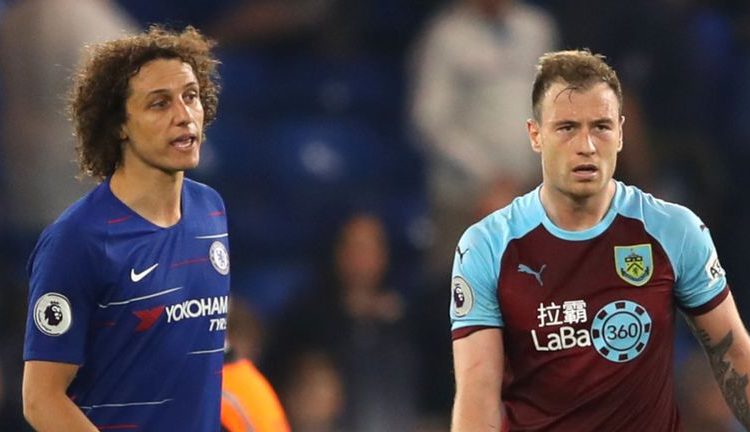 David Luiz slammed Burnley’s “anti-football” tactics as Chelsea were held to a 2-2 draw on a frustrating evening for Maurizio Sarri’s side.

With Chelsea unable to find a winner against a resolute Burnley defence, their frustrations boiled over as the clock ticked down with Sarri being sent to the stands after protesting at Burnley’s perceived time-wasting while Antonio Rudiger – not in the matchday squad – was seen arguing with a Burnley member of staff near the tunnel at full-time.

Burnley enjoyed just 24 per cent possession in the game while Chelsea had 22 shots but they struggled for rhythm against Sean Dyche’s organised side.

Luiz wasn’t impressed with their approach.

He told Sky Sports: “We tried everything to win the game, but it’s difficult playing a team who has two chances, score two goals, but didn’t want to play the game.

“For me, the authority on the pitch is the referee, and when he is not there to try to check what he has to do on the pitch, it’s difficult.

“They were trying to time waste from the first minute of the first half, and then it was anti-football so it’s difficult to play against.”

As tempers frayed, Chelsea boss Maurizio Sarri was sent to the stands in the final minutes of the match.

In a further blow to Chelsea, Callum Hudson-Odoi has confirmed he will miss the rest of the season after rupturing his Achilles during the 2-2 draw.