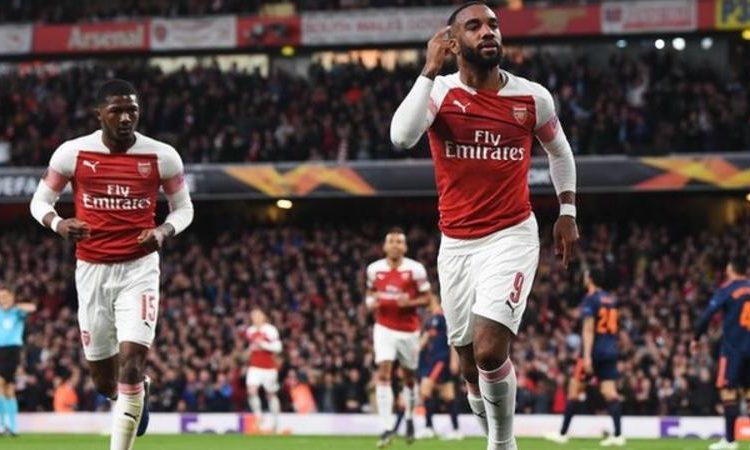 Alexandre Lacazette scored twice as Arsenal came from behind at Emirates Stadium to win the first leg of their Europa League semi-final against Valencia.

The Frenchman nodded in Granit Xhaka’s cross seven minutes later to make it 2-1 before half-time.

Lacazette should have scored a hat-trick – he fluffed a header from six yards out in the second half and was later denied by goalkeeper Neto on two occasions.

But Arsenal will travel to Valencia for the second leg next Thursday, hoping to avoid a second successive semi-final defeat after they were knocked out by eventual winners Atletico Madrid last year.