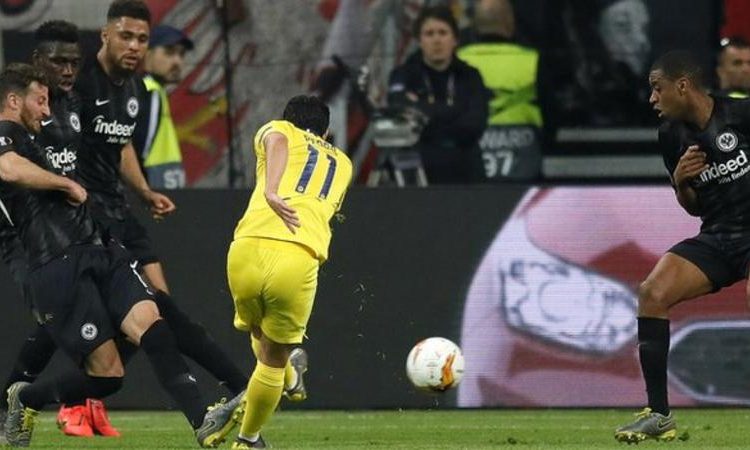 Pedro got Chelsea's away goal, having scored twice against Slavia Prague in the previous round (Image credit: EPA)

Pedro scored an away goal as Chelsea recovered from an early setback against Eintracht Frankfurt to set up an exciting Europa League semi-final return leg at Stamford Bridge.

The Blues, who started with Eden Hazard on the bench, equalised when Pedro thrashed home just before half-time.

David Luiz also went close when his dipping free-kick came off the bar.

The draw means that Chelsea become the first team to go 16 successive Europa League matches without defeat, breaking the record set by Atletico Madrid from 2011 to 2012. They will have the chance to make it 17 in next Thursday’s second leg.