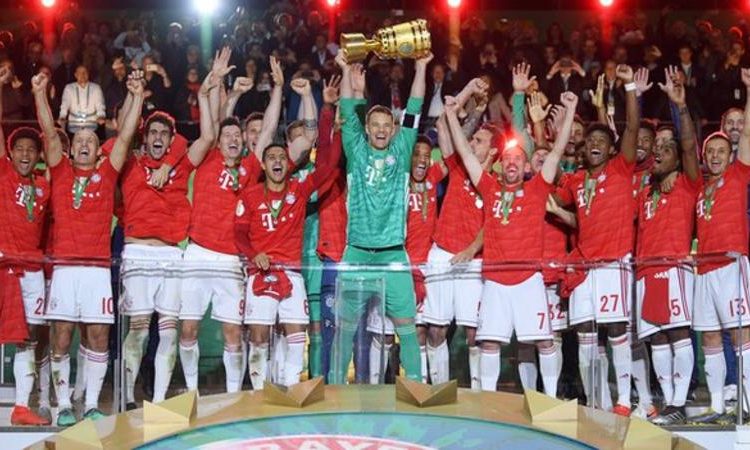 Bayern went ahead through Robert Lewandowski’s superb header before Kingsley Coman’s brilliant control and shot made it 2-0 in the second half.

Lewandowski then added a late third with a deft chip over keeper Peter Gulacsi following a powerful solo run.

The Germany goalkeeper, who was making his first appearance since 14 April, was alert to tip Yussuf Poulsen’s header onto the bar in the opening moments and he made a fine stop to deny Emil Forsberg early in the second half, too.

But there were other chances for Bayern as Gulacsi saved well to keep out a swerving effort from Mats Hummels while Arjen Robben, who was making his final Bayern appearance, blasted over from close range with time running out.

There was also a farewell outing for Franck Ribery who, like Robben, will leave Bayern this summer.

But Rafinha, who is also parting ways with Bayern, was forced to watch on from the substitutes bench.

Success in the DFB Pokal means Niko Kovac has led Bayern to a domestic double in his first season at the helm, one year on from beating them in the final when the Croatian managed Eintracht Frankfurt.