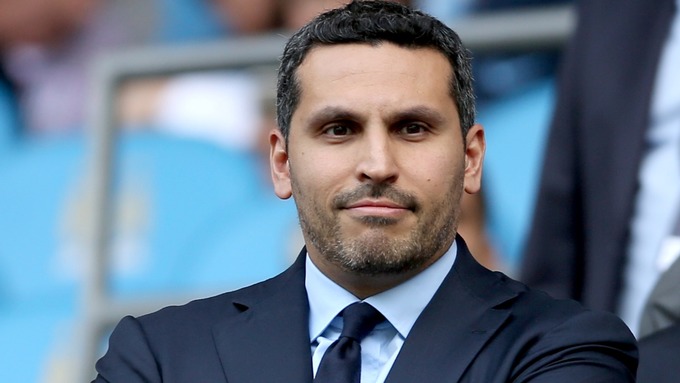 UEFA convened a panel to investigate the materials, and Sky Sports News understands they are expected to recommend City receive a one-year ban from the Champions League.

Al Mubarak, who was brought to City when the Abu Dhabi United Group completed its takeover in 2008, is “confident” they will come through the ordeal unscathed.

“Am I uncomfortable? No. I respect regulatory bodies doing their job and any regulatory process that asks questions,” said Al Mubarak, in a wide-ranging end of season interview with City’s internal media.

“We have to professionally respond which is what we have done. We are dealing with each of these entities as per the process, we have clear answers.

“I believe, quite comfortably, if the process is going to be judged on facts then unquestionably we will prevail. If it’s not about facts and it’s about other things, then it is a different conversation.”

Al Mubarak says “there is hypocrisy in this statement that is ironic” because Spain’s top clubs have historically been responsible for “these huge jumps in transfer” fees. He also suggested a racist undertone to Tebas’ comments.

“I think there’s something deeply wrong in bringing ethnicity into the conversation,” he said. “This is just ugly. I think the way he is combining teams because of ethnicity. I find that very disturbing to be honest.”

Responding to the Tebas’ comments on spending, he added: “Number one, let’s look at the Spanish league, the time of breaking records on player acquisitions, I mean, who started that?

“And then you look back at transfers. In the top 10 transfers of all time, Manchester City has not a single player in that, not a single one. So I don’t really take it seriously and I ask our fans to always put it in context.

“And I think people with glass homes shouldn’t be throwing rocks. I’m happy to talk to anyone as long as the conversation is about facts but once we start talking about innuendo and talking about theories I have no time for that.”

‘Not just an attack on City, but the Premier League’

Al Mubarak believes Tebas’ criticism is driven by the growing success of the Premier League, with all four spots in this season’s European finals occupied by English teams.

“You have four Premier League teams in the two European finals and that’s a fact and that bothers a lot of people in many places. I find it very strange that coming back here in the UK…. we have to be protecting that,” he said.

“And I hope people start seeing that and start – I know people don’t want to defend Manchester City – but for God’s sake start defending this league.”

‘We didn’t buy the PL’s most expensive player…’

Al Mubarak also turned his attention’s to perceived “jealousy” and “envy” City face from their Premier League rivals, following an historic domestic treble for the club.

“I will not accept for this club to be used as a diversionary tactic on poor investment decisions from other clubs,” he added.

“We’ve managed ourselves well and we will be judged by facts and facts alone. This is a well-run club. That’s a fact.

“With success there is a certain level of jealousy, envy, whatever you call it. You know when Man United dominated the Premier League for many years, they know what they had to deal with for so many years, that’s part of the game.

Most expensive player by position in Premier League

“The football world is very small and word comes around very quickly so you know, when someone somewhere in a leading position in any club says something, or briefs something, guess what? We know about it.