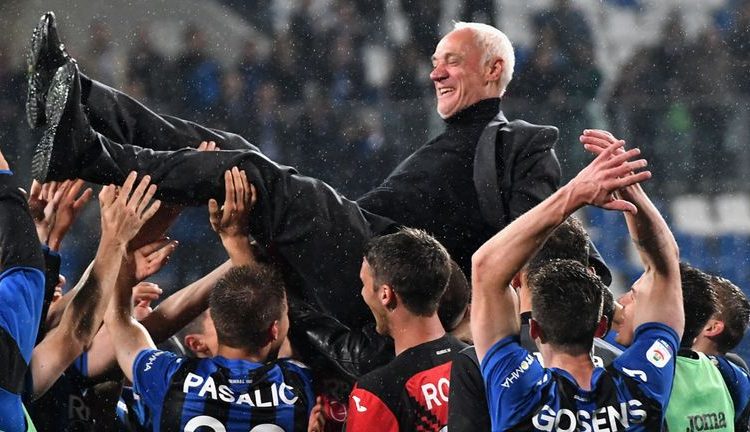 Atalanta have qualified for the Champions League for the first time in their history on the final day of the Serie A season with a 3-1 victory over nine-man Sassuolo.

Sassuolo had two players sent off as Atalanta came from behind, courtesy of goals from Duvan Zapata, Alejandro Gomez and Mario Pasalic, to win 3-1 and finish third, booking a place in the Champions League for the first time.

Atalanta, Inter, Milan and Roma were locked in a four-way fight for two places at Europe’s top table heading into the final round of Serie A fixtures.

Inter made hard work of their 2-1 triumph against Empoli. Keita Balde gave them the lead six minutes into the second half, but Mauro Icardi then missed a penalty and Hamed Junior Traore scored an equaliser that gave the visitors hope of avoiding the drop.

Radja Nainggolan restored the advantage after a Matias Vecino strike bounced back off the left-hand post and there was still time for Marcelo Brozovic to have a goal disallowed and Keita to be sent off for a second bookable offence.

Milan squandered a two-goal lead at Spal before Franck Kessie netted the winner from the spot in a 3-2 victory – their fourth in a row but not enough to improve their league position.

Sixth-placed Roma were the outsiders for a top-four finish but gave Daniele De Rossi a winning send-off in a 2-1 victory over Parma.

De Rossi was afforded a standing ovation when he was replaced after 82 minutes and, although Gervinho levelled four minutes later, Diego Perotti restored Roma’s lead.

Juventus could not give outgoing coach Massimiliano Allegri a victorious exit, as defeat to Sampdoria stretched their winless run to five matches.

The Bianconeri have long since clinched an eighth consecutive title and, in the absence of a number of key players, they fell to a 2-0 loss that was of little consequence to either club.

Gregoire Defrel opened the scoring in the 84th minute, before Gianluca Caprari doubled the advantage in stoppage time.

Empoli were relegated due to their unfavourable head-to-head record against Genoa, who scraped a 17th-place finish with a goalless draw at fellow strugglers Fiorentina.

Udinese, who started the day two places above the relegation zone, ended it within a point of the top half thanks to a 2-1 win at Cagliari.

In the day’s remaining fixture, Lazio – who join Milan and Roma in the Europa League following their Coppa Italia triumph – were beaten 3-1 at Torino. Lazio finish eighth, one place behind their hosts on Sunday.