There was a national record for Ronald Amarteifio as Joseph Amoah, Martha Bissah, Abigail Kwarteng and others qualify for NCAA 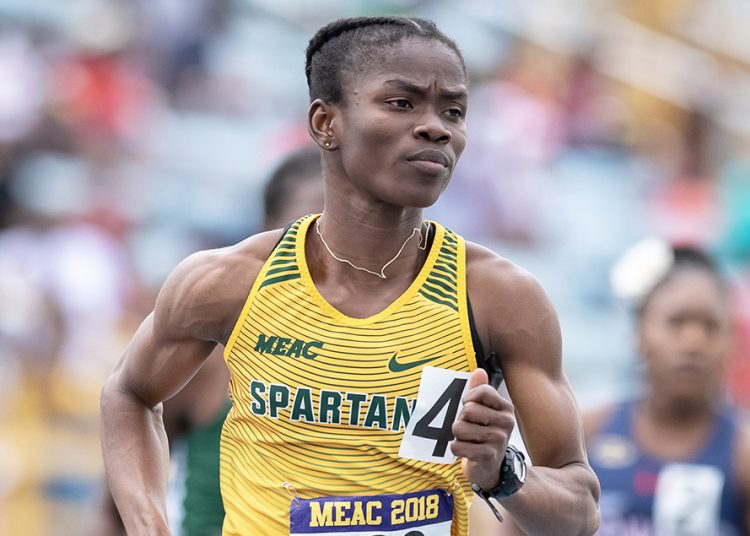 With a time of 20.24 (+1.7) in the 200m, he came in second to snatch another automatic qualification in heat 1 of the NCAA East Preliminaries.

Martin Owusu-Antwi came away with a time of 20.73 (+1.4) which unfortunately wasn’t enough to get him through to the championships. Hopefully, we’ll still see him in action in Austin with his school’s 4x100m relay team.

Josephine Anokye qualified for the 200m quarterfinals at the NCAA West Prelims with a time of 23.11 (+1.2)!

Michigan Junior, Roland Amarteifio, toppled Frank Mensah’s 1996 400m hurdles national record over the weekend. Amarteifio ran more than half-second PR (50.46) in his NCAA East Preliminary heat. Though he came 4th, he was still able to qualify by time for the NCAA D1 National Championships in Austin next month.

Martha Bissah of Norfolk State has also punched her ticket to the 2019 NCAA D1 National Championships.

With a big push early on in the women’s 800m, Bissah managed to hold on to third in her heat to nab her qualifying spot with a time of 2:04.74.

She join high jumper Abigail Kwarteng in Texas for the National Championships.  Kwarteng became the first to earn her spot at the national championships in the women’s high jump with a jump of 1.75m (5-8¾ ) on Day 1 of the NCAA East championships.